Inside The 8 Podcast with UNC Head Coach, Jenny Levy

This week on Inside the 8 Podcast, Colleen hosted a solo episode with North Carolina Head Coach, Jenny Levy. The episode dives into the Basketball/Lacrosse connection on attack and how to read your defenders. The two of them break down the Carolina explosive offense and how much IQ plays into the way Jenny coaches and organizes her offense. The episode is great for players and coaches to listen to one of the best in the game. Jenny Levy's #1 ranked Tar Heels have a big game today at 11:00 vs #2 Syracuse.  Click Here to listen to this podcast! 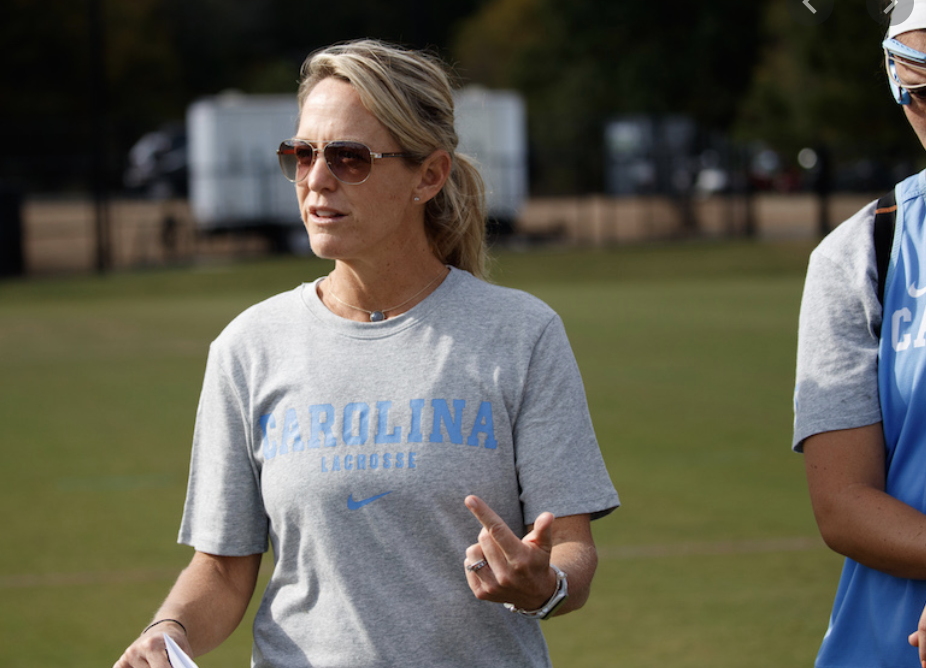 I love doing 3v3's on a side.  I think this environment is incredibly beneficial developmentally and equally effective in terms of X's and O's.  2man games are great and all, but they pale in comparison to 3man games.  The complexity for the defense is exponentially greater in a 3man game, yet for the offense it's really not very difficult because you can't really be wrong.  Just pick on ball, pick off ball and move the ball.  One concept I teach is "Pick the Picker" or Spain, which is a basketball terminology.   Spain looks in on and off ball situations are mental for the defense!  Imagine you're on defense and your man is picking, so you say, "Pick right switch, get under, get over (depending on your defense)"  and suddenly you're being picked, and someone is saying the same thing to you!  Invariably, two players end up on one in Spain Looks!  Check out the video below of a sweet Spain Look!

2v2 Keep Away One Year Ago Today

A year ago, the world was on lockdown, people were scared and paranoid, and families secluded themselves from everyone.  In the Munro household during this time, everyday we played some lacrosse, but it wasn't about repping out wall ball or racking up shooting reps, it was about competition, fun, and play.  This keep away game on April 3rd 2020 was both fun and challenging.  We confined the space to inside the 3 point line of the basketball court, counted passes and played six rounds (each team was on offense six times).  If you watch closely you will see a plethora of skills and concepts being used:

I am a huge believer in playing keep away games for fun and development.  It is an amazing way to get warmed up and to create realistic environments to learn in!  With teams I use uneven keep away games like 3v2 and 4v3 to get warmed up in man up situations where players can mess around with skills like dragging, hitching, faking, passing around sticks, manipulating off ball defenders etc.  The all even keep away games, like the video above, are excellent for learning how to handle pressure, stick protection, getting open, seeing the field and feeding with a defender on you, on ball and off ball 2man game, redefining what is open and what is covered and much more.  I use a little bit of Keep Away most everyday that I coach.

My Penn Charter team had a big win against a top ranked Bishop Shanahan team. Shanahan played a zone where my team started to get frantic at first until I called a timeout to emphasize ball movement and getting the ball to the backside. In order to beat a zone defense you must play TEAM offense by moving the ball and activating your defender or else you will not find success. We started to really attack from behind and found a lot of success with the throwback and hitting the back side. You can see in this clip of our offensive sets the off ball girls did a great job giving the 3 low girls space.
We made a big adjustment from the first half where we attacked from up top and scored only 5 goals vs the second half we attacked from behind the net and scored 9 goals to secure a 14-10 win. Our practices of free play and 3v3 sets leading up to this game allowed for us to adjust well and seamlessly flow from one set to another. We never called a specific play, we only made adjustments of where to start the set and have a focus on ball movement.

If you've read this blog, you may know I have a fascination with deceptive shooting and in particular a shot called a Curveball also known as a Twister.  NLL Black Wolves and PLL Cannons player Andrew Kew is a master of this shot and you can see how the goalie reacts to the deception.  Similar to a Leaner, Kew is selling near side with his body and his step to the right pipe.  Normally when players shoot Twisters, they are increasing nearside angle with their swing angle, a shot used regularly to finish around a goalie.  However, a shot from farther away enables a goalie to recognize this swing angle and react to the nearside shot.  Curveball is a shot that sells nearside with the body and stick, but is shot to the far side or 5 hole.  The misdirection of the stick is very difficult for a goalie to read and will  often times make a goalie take a step in the wrong direction.

The Underhand Curveball.... The Sickest Shot Ever?

This is an outrageous shot that does exactly what a Curveball does, but with an underhand, inside out swing with a twist of the stick upwards that allows the ball to slide right out against the grain of where the goalie thinks it's going!  Watch the shot below!  It's absolutely insane!

We are always trying to figure out how to help our teams be consistent and play to our full potential. It’s so common to see a team play great one week against a strong opponent and turn around and look flat the next week against a weaker opponent. It’s just as common to see a team look sloppy and all over the place vs a superior opponent because that team is too hyped up to think clearly and execute.
The Yerkes-Dodson graphic below shows the relationship between Performance and Arousal. When we experience sensations in our body such as sweaty palms, increased heart rate, butterflies, heavy legs, etc... sometimes we perceive this as being “nervous” or “unprepared”. However, these are all just natural things that occur in our body when we perceive something important is about to occur. It is our body's autonomic nervous system switching from parasympathetic (rest and digest) to sympathetic (fight, flight, freeze, or submit).
As shown in the graphic, the sweet spot of arousal for peak performance is somewhere right in the middle. If you’re too jacked up or anxious before a big game you might need to calm down with some deep breathing before the game to access all of your skills. If you’re feeling sleepy or uninspired before a game you feel like you should win you might need to ramp up with some music or a reminder about WHY you play the game. “No big games” and “Consistency is the ultimate measure of mental toughness” are two great quotes from legendary coach, Dom Starsia. This model would support both of those statements.
No one is perfect here and we’ve all had those games where we wonder why we flat out didn’t show up and compete. Having a general understanding of the mindset and optimal activation levels that will consistently set you and your team up for success can be helpful. Good luck... it’s one of the hardest things about coaching! 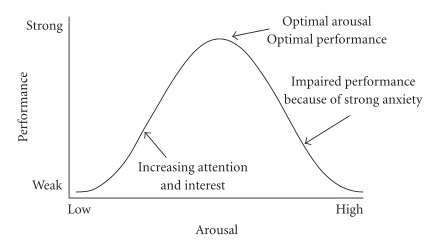