The lacrosse season is fast approaching!

If you are not currently enrolled in the Coaches Training Program and want an inside look at the largest online lacrosse program on the entire internet check it out......... for FREE!

We have thousands of coaches, players, and parents already implementing the skills, drills, and strategies taught in the Coaches Training Program. They are getting prepared and are ready, are you?

What an amazing week of speakers and presentations!  Thanks to everyone who helped make it happen and thanks to all the viewers!  Below is a recap of so many great lacrosse discussions with some video of what we were talking about!

Ryder Garnsey, PLL Redwoods: this webinar was incredibly impactful for me personally.  Besides the fact that Ryder is a great guy to talk lacrosse with,  there is a combination things he does, like his "Dead Shoulder" technique, "Back in post ups", and a natural "Low-High Hitch" that NOBODY else does like he does!  Think about this: Garnsey regularly scores dodging goals against athletes bigger, faster, and stronger than him regularly. Below is the raw clips from the webinar I did with him.

Jules Henningberg, PLL Redwoods: My prediction is Jules will be in the conversation for the best player in the world in the next few years.  His combination of Athleticism, IQ, two handedness, willingness to be great off-ball, and knack for scoring are elite!  Here's the raw video highlights from our conversation.

Kayla Treanor, Assistant Coach Boston College: Kayla is simply one my all-time  favorite players, (men or women) to watch.  I love her use of all kinds of fakes, post ups, BTB shots, ankle breaking KT Split Dodges!  Watch the video below of Kayla posting up right handed (she's a lefty!), hitching all the way up to the Island, then a hard pump to set up her BTB!  So sick!

Andy Hilgartner: Head Coach McDonogh School, One of the top HS coaches in the nation, Hilgy's passion for lacrosse, knowledge and experience, and ideal coaching demeanor come out clearly in this breakdown of a pre-season practice in the MIAA.  Great drills, great conversation!

Darren Reisig, Head Coach Claremont Secondary, Victoria, BC: "The Claremont Offense"  As a player, Reisig was on Team Canada, won  a Minto Cup with the Gait Brothers, won Mann Cups, and had a long NLL Career.  Reisig founded Claremont Lacrosse 15 years ago, creating a lacrosse academy.  Learn how Darren has developed a world class program and the way he let's his players make decisions.

Jim Mitchell, Offensive Coordinator Princeton: Jim's presentation, "The Main Things for 2020" is a DEEP breakdown of his philosophies backed up by tons of video.  This is one of the best presentations we've ever had at a Virtual Lacrosse Summit!

Jamie Munro, Founder JM3 Sports, and Worldwide Leader in Lacrosse R&D (haha): "Zone Offense Film Study" is a breakdown of 2019 Zone Offenses from Yale, Duke, Georgetown, Virginia and Maryland.   I applied my new "Hang up 2man" concepts to zone offense and it was a revelation to me!

Bryan Kelly, Head Coach Calvert Hall, "Read and React Offense" this is one of the best webinars I've ever seen!  Everyone whether men's or women's coach need to watch this presentation!

Kip Turner, Assistant Coach Virginia, "Kip's Elite Eight" is a breakdown of the 8 goalies who have had the biggest impact on him as a player and coach.  Adam Ghittleman, Tillman Johnson, Dillon Ward, Tyler Fiorito, Jack Kelly, Kyle Bernlohr, Tim Troutner kid Drew Adams.  Check out this video on Troutner!

"Dangerous" Dan Dawson, "Player Breakdown" this webinar with one of the most prolific scorers in the history of the NLL is incredible!  Learn the way Dan invites defenders to check him while he does his patented "Swim Move" or his effortless "Step Back Ole move."  As good of a player Dan is, he's an even better guy!  Watch the raw video from our webinar!

Paul Day, Head Coach and GM Philadelphia Wings, "2man Game" Paul Day is one of the best guys in the game and definitely one of the smartest!  PD's breakdown of 2man game is phenomenal!  With a spotlight on

Darris Kilgour, Former NLL Bandits Head Coach, Darris is in every box lacrosse Hall of Fame, and does a talk "The Saskatchewan Rush Defense" There is nobody I've ever met who is smarter about the game of lacrosse than Darris Kilgour.  Watch, listen and learn nuances!  By the way, there are some SICK 3man side motions I will be employing in men's and women's field lacrosse!

Jason Bishop, Offensive Coordinator Coquitlam Adanacs Sr A, "2018 Minto Cup Goals" was a blast for me to conduct with Jason!  My son LOVES Jason Bishop, who was his offensive coach for three years in Coquitlam.  Jason shed light on details about how they run their offense that won the coveted 2018 Minto Cup.  Check out the raw video of all the Adanac Minto Cup Goals from our conversation!

Christian Delbianco, NLL 2nd Team All-Pro Goalie, the finest young goaltender in the world, "NLL Shooters" is a breakdown from a goalies perspective, of how these great players shoot: Dane Dobbie, Curtis Dickson, John Grant Jr, Connor Fields, Tom Schreiber, Randy Staats, and Cody Jamieson.  Each of these shooters are a little different in terms of their pocket, release, and go to shots, but the one thing they have in common is incredible deception to go along with "Hit a fly on the wall" accuracy.

Mike Boyle, World Renowned Strength and Conditioning Coach, "S&C for Lacrosse 101" every coach, parent and player need to start following Mike Boyle.  He is a guru, a genius, and very fun to talk to!

Glen Miles, National Lacrosse Hall of Fame, 1st Team AA Navy, and Top Gun Fighter Pilot, "Thoughts from a Philosophical Fighter Pilot" is an amazing discussion on leadership and leadership development.   Here's a pic of Glen right after a weekend of flying! 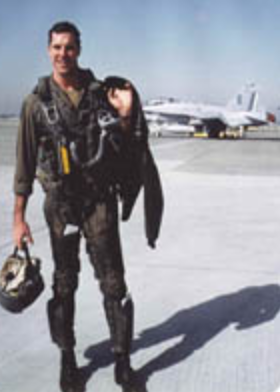