Marc says about his attackmen, it's hard to compare, it's like comparing your children, but he did say unequivocally, Pat Spencer was the best he's ever coached!  Marc and I chat at length about Pat Spencer's game, the influence of basketball on him, and it is truly fascinating. 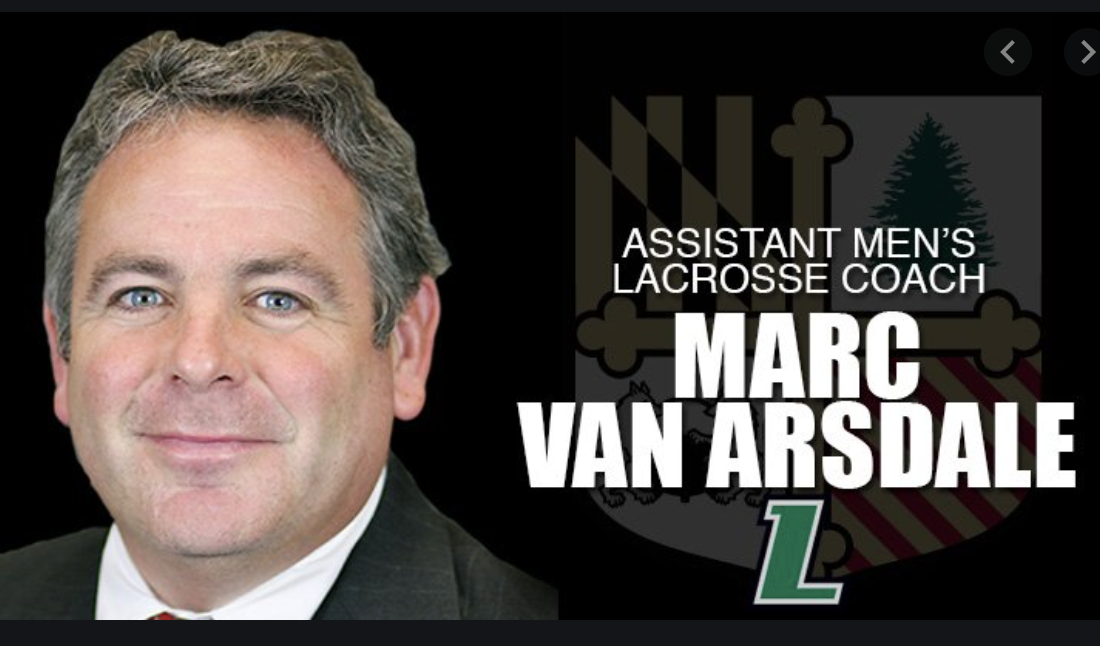 Chazz Woodson, Head Coach Hampton: In this podcast Chazz tells us about his lacrosse journey, what he's taken from his former coaches/mentors, making lacrosse fun, how he ended up at Brown, how he elevated his game in the pro league, the pro players he learned from, and some awesome discussions abut Chazz's love and prowess in utilizing the dive!  I asked CW what it was like growing up black in a predominantly white sport, as well as how he thinks my primarily white audience can help fight racism: CW says first, take the time to educate yourself on the root of racism in our country.  Chazz recommends reading White Fragility,  How To Be An Anti-Racist, and watching on NetFlix The 13th.  Second, Don't be afraid to be uncomfortable, standing up for what you believe, but also doing  you!  Finally, we talk a lot of Hampton Lacrosse, what he's currently focusing on as a first year head coach for the Pirates, and what he's looking for in recruits. Enjoy! Click here to listen! 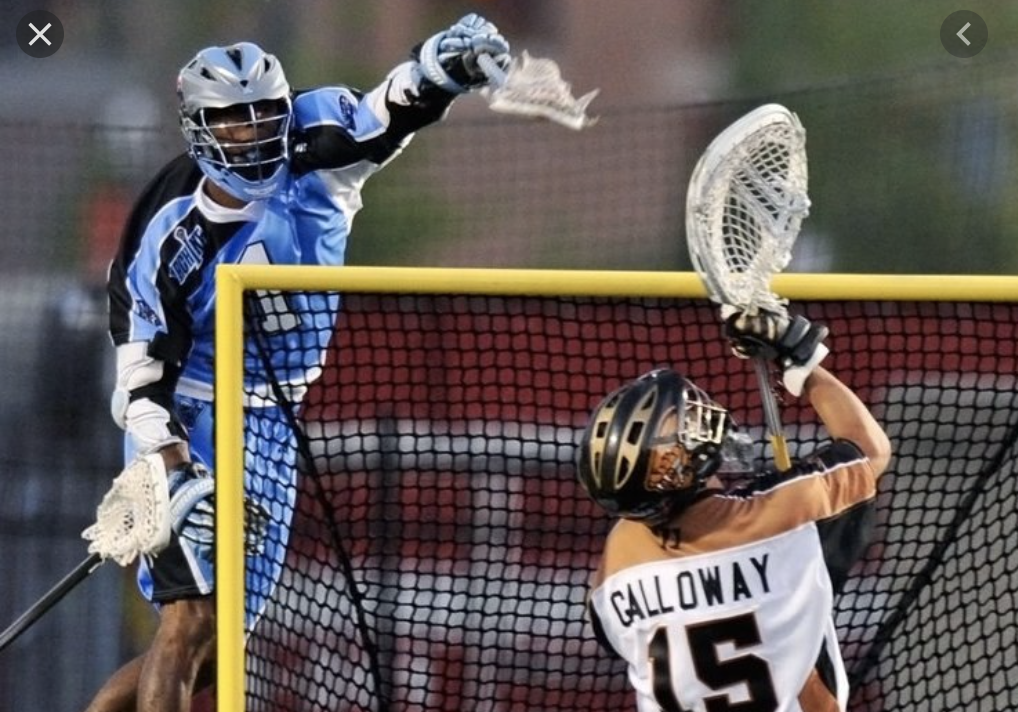 Flying Solo Podcast, My Free Play Journey: I have been thinking about this podcast for some time.  I am literally trying to start a movement, #BringBackTheSandlot, of Free Play and I hope you will listen to this podcast!

Free Play has been an incredible journey for me as an athlete, as a coach, and as dad.  Free Play was a way of life in the 70;s and 80's in Providence, RI  when I grew up and it created an athletic "Fluency" in me.  Soccer was my game and my passion until I was 17 and I spent every afternoon in the summer and every weekend playing pick up.

My second act in Free Play, which began in college and ran through my 20's and 30's, was pick up basketball.  The fact that i was also playing and coaching lacrosse through those years created a multiplier effect because I was analyzing and thinking about everything that was happening!  I literally played everyday during the academic year during  "Lunch time Hoops" at Yale and Denver.  I would say most everything I know and teach now about hesitations, 2man game, looking off the basket, (the list goes on and on) I learned from playing pick up hoops!

My third act in Free Play began three years ago, when I was looking for a solution for my then 9th grade daughter Lucy, who is a passionate lacrosse player.  I had recently sold 3d, I had stepped down as Head Coach at Mountain Vista HS, and my son and older daughter were headed off to play Division I Lacrosse.  I didn't feel that there was a good fit for a local club team for Lucy so we went the Free Play route!

Below is a clip from the fall of 2017.  I hired two boys who I had coached at Vista to come play with us and Lucy invited a few of her girl friends.  My wife said, "You're such a loser to pay people to play with you!" haha I didn't care, I wanted a guarantee!

Over the course of time, I have been ramping up the Free Play steadily.  I would say we have played 100 times since the beginning of quarantine.  The JM3 Athletes I work with have seen the benefits too!  Their use-age of skills is off the charts!

If you want to see what one of my JM3 Athletes looks like after playing a lot of Sandlot, check out this kid!  Honestly, this film is off the charts!  When players gain a fluency for the game, what they have learned is how to read and control situations.  Chad and I have talked about a lot of concepts and plenty of skills on our Zoom calls each week, but the amazing thing is how much he has added to his game implicitly.  Chad is doing things in games he has never done before, when opportunities presented themselves.  There are so many solutions to situations, yet as coaches we often try to force players to use skills we think are important, which is forcing them to fit a "Square peg in a round hole."

What I do with my JM3 Athletes is watch film with them and see what actually happened, why things worked or didn't work, and show them all different ways to do things.  Many people, coaches, parents and players can't conceive of the fact that players can do things they've never been taught, never practiced, never # R E P'd out, but it's the miracle of Free Play!

I texted the JM3 Athlete video above to a top DI Offensive Coordinator and this was his response: 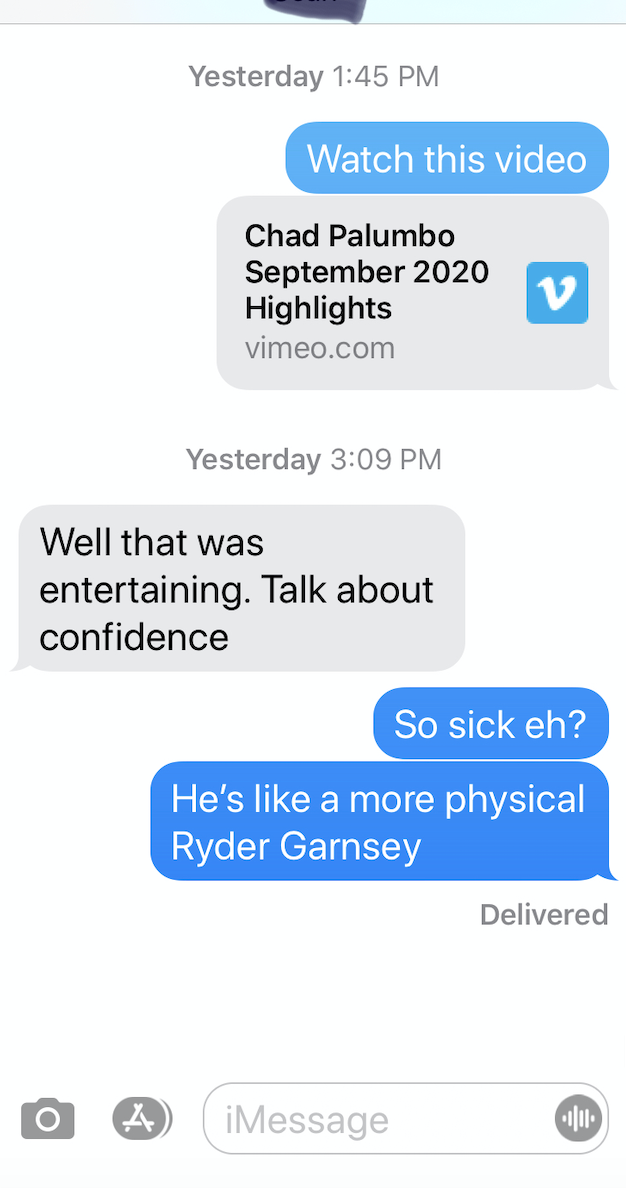 One of the most amazing phenomenons I've found with Free Play is the improvement in the confidence of the JM3 Athletes.  So many kids lack assertiveness, they're worried about being a ball hog, they always defer and it comes down to confidence and fluency.  I tweeted the other day that "Free Play is a Panacea" and this is a perfect example.

A real lacrosse game is an uncomfortable and unforgiving environment.  However most kids grow up in structured practice environment trying to execute what the coach wants them to execute and to try not to do what the coach doesn't want.  When a coach says "Move the ball" or "Don't Dodge" kids take this literally.

Free Play teaches kids how to play well in games.  Free Play games by nature are more similar to real games than the structured game like scenarios of drills.  What happens over time is kids learn how make the play that presents themselves without a second thought, no worry about being a hog or whatever!  Kids personalities do not need to change.  The Free Play will allow them to be themselves and be great lacrosse players who make plays!

Ted Kroeten - Joy of The People

In August 2018, in Calgary, AB at the Minto Cup,  I was killing time between games listening to the Talent Equation Podcast with guest Ted Kroeten on Free Play.  Ted runs a non-profit soccer club in Minnesota called Joy of The People. I ended up having Ted on a Phi-Lacrosse-ophy Podcast and it was truly a game changer for me.  Click here to listen to the Ted Kroeten Podcast!

Here's what I learned:

The biggest thing most folks can't wrap their head around is that play is even worthwhile.  And that playing with no equipment would translate to the real game.  And that pick up games like 3x would be better to do than crushing #R E P S on the wall, vs cones, or shooting balls.  I'm not saying there is no room for practicing techniques, but the fact is, they won't make you better at lacrosse!  Isolated skill work can sharpen or strengthen your skills, but getting better at the sport means gaining fluency which can't happen without context.

Here are some of the topics I cover on my Free Play Podcast:

Hang up 2man, A New Paradigm

2man game is the future of men's and women's lacrosse. The analytics tell us that efficiencies are higher in 2man game than in isolation.  Check out PLL Stats Analyst and writer, Joe Keegan, or follow him at @JoeKeegs on Twitter for more info on this!

If you haven't seen The JM3,  Hang up 2man Webinar, I strongly encourage you to watch this free webinar.  Go to 2mangame.com!  These concepts were a game changer for me and I think you will find it as impactful as I did!

Below is a video from last June where I had my family, friends and JM3 Athletes playing a lot of pick up.  Watch the simultaneous ball side and backside 2man games going on.  Watch the control.  Watch the way players are engaging two defenders with their posture, positioning, fakes, eyes, stick, etc while the pickers are rolling to the net, making in tight handles, and are having a chance to finish on a live goalie!  This is where the magic happens!

If you want to learn all about Free Play and how you can implement it at home, go to BackyardCurriculum.com!

It will be the best F$%#-ing $19 you've ever spent on the sport!  I believe you can become world class in your backyard, this online course will teach you how!

You will love this 4v3 Keep Away Drill where we are working on our Pairs offensive concepts!  In a 10x10 yard area, we are picking for the ball and picking off ball simultaneously, and emphasizing ball movement after the pick and roll.  Defensively we are rotating to the ball and pressuring, bringing a second defender to the 2man game, and splitting the backside two offensive players.  The communication offensively is awesome too as we are changing up the pairs constantly.  When a ball carrier squares up in a Double Threat posture it is a cue for someone to come set a pick.  Immediately, the off ball two players begin to figure out how they will work together and who will pick for whom.  It turns into a 2v1 seal and slip off ball situation.

If you like this type of content, you will love the JM3 Women's Lacrosse Coaches Training Program!

Check out this video from my recent podcast with Cornell Head Coach Connor Buczek.  CB tells us what he's looking for in a recruit!  Think about how valuable it is to know what these coaches are looking for!

I highly encourage you to check out the JM3 Lacrosse Recruiting Portal where you will find the videos on recruiting from all of my podcasts, webinars, as well as all of my writings from this Blog in one spot!  It is full of men's and women's lacrosse recruiting info!

I don't know about you, but I'm playing some pick up today!