Brian Brecht, Head Coach Rutgers, In this podcast, Brian and I start out talking Rutgers fall ball and how things are pretty normal in NJ!  One super interesting fact, is that at RU they don't count practice on the field in contact tracing!  They contact trace extended in-person contact, within 6 feet, with no masks.  I hope other organizations follow these protocols and realize on the field is not where the virus spreads!

Coach Brecht takes us through his lacrosse journey, the coaches he's had a chance to play for and coach with and what he learned from his mentors.  We talk a lot of Rutgers Lacrosse, how he has built the culture there, and his lacrosse philosophies on defense, offense and transition.  Brian talked about some of his great players like Adam Charlambides, Kyle Pless, and Jules Heningburg as well as his philosophies on player development & fundamentals, You will love the deep dive on 1v1 defense and defending the 2man game!  Finally, find out what Coach Brecht is looking for in recruits, position by position.  Click here to listen! 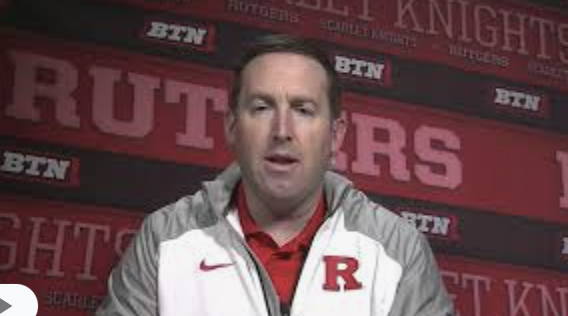 Flying Solo Podcast, The Greatest Play in Sports, The Give and Go; When I was choosing the topic of Give & Go's, I thought it would be fun, but I didn't think there would be all that much to talk about, however, once I began to dig in, I realized there are so many interesting applications to the Greatest Play in Sports!  I think McDonough Head Coach Andy Hilgartner said it best, "The simple act of passing and moving is so powerful!"

This podcast dives deep into the many versions of the Give & Go!

I'm excited to share that we have put serious time into the JM3 YouTube Channel and I think you're going to love it!

Give & Go's: An Indicator of Lacrosse IQ

When I was the Head Coach at The University of Denver, I recruited several Inside Lacrosse Top 10 recruiting classes and I prided myself on my ability to evaluate and project talent.  More than anything I was looking for smart players!  Players who used creativity, players who used deception, players who could see the game a pass or two ahead, players who had control over their man or the defense and could set themselves or their teammates up through a fluency in the game.

In my opinion, the Give & Go is one of the best ways to see Lacrosse IQ in a player, or not.  I can tell in two seconds if a player is smart when I play pick up with them.  If they're not looking back to where the pass came from, they don't really play the game at a high level.   Likewise, if I see a player setting up his or her give and go, and there are endless ways to set it up, I know they have an ability to control the situation.

Here's an amazing example of a high IQ Give & Go by the cutter!  The feeder didn't see it!

Worst Environment To Learn Give & Go's

Think about this: every coach on the planet instructs their offense to "Pass and Cut."  They'll rep it out in shooting drills or in skeleton offense, they'll teach it in transition, 6v6 offense, you name it, but the fact is we barely see Give & Go's in the wild.  We see lots of scripted give and go's, like opener plays, but rarely are players looking for their Give & Go.

Here's US Lacrosse "Hitting the nail right on the side" with this Give & Go Drill.  This might be the biggest waste of time drill you could ever do.  Why?  Because Give & Go's require defense to over play or under play, and context of ball pressure on the feeder.  This drill surely teaches what a Give & Go is, but it would never translate!

Think about it, if drills like this worked, we would see Give & Go's all the time.

There is a secondary school in Victoria, BC called Claremont, where the Gait brothers went to school, that is a sort of public school  version of an IMG or Hill Academy.   Under the leadership of Head Coach and Director, Darren "Ziggy" Reisig, Claremont is a hotbed for Division I recruiters. Claremont plays a Box / Field Hybrid style offense where the Give & Go is a centerpiece of their motion.

As a result, one year at 3d Lacrosse, we created the "Claremont Rules" which is a 2-3 second rule with the ball and a mandatory Give & Go.  We use Claremont Rules in all even and uneven drills / games.  Unlike the US Lacrosse drill above, that is completely devoid of context,  Claremont Rules has been effective way to promote the Greatest Play in Sports!

This video below is from last weekend when we played a fun pick up game called Wing 2v2 + FG.  This is a 3v3 game that breaks down into a 2v2 on the Natural Side with a Feeder and a Goalie.  Players take turns feeding or playing goalie.  The only rule is you can only shoot from your Natural Side using the far side tangent as a boundary.  The Feeder is there to be used, but it's up to the players to decide when or if they will pass to the feeder.  This game is the ultimate teacher of Give & Go's because it is NOT a rule!

In this video you will see many interesting Give & Go set ups such as: the pause, off the dodge, off the hitch, Lever Pass and BTB Pass Give & Go and more!

I've come to the conclusion that you won't get results from drilling Give & Go's.  I know, this is blasphemous and even sad!  How can this be you might ask?

Coaches have been drilling Give & Go's for ages, yet we rarely see a Give & Go in the wild.  Anybody can learn a Give & Go in a drill.  Anyone can mindlessly cut on cue. Executing a Give & Go is not actually the hard part.  The hard part is seeing the opportunity and setting yourself  up for a Give & Go!

In a Free Play environment players learn how to use the Give & Go on their own, which I've concluded is the only way to learn this magical play!

Let's look at the three environments I presented:

The US Lacrosse Drill is as bad as it gets.  No context, no defense, everyone standing around while kids are executing an unrealistic give and go.

The Claremont Rules is pretty good because there is the context of defenders, but there is still a rule in place that removes decision making from the game.  The 2-3 second rule and mandatory Give & Go also removes Free Will.  Players have to do this on their own.  I would consider doing this  drill as a warm up for creating stick work with context and movement.

Free Play is the ultimate environment to learn Give & Go's because the players have the chance to figure it out on their own, which is the only way to make it stick!  Clearly, The Natural Side 2v2 FG game is clearly awesome for teaching the Give & Go because of the open feeder.

I usually play a ton of pick up lacrosse with family, friends and JM3 Athletes and one of our favorite games is 4v4 + Goalie.  This game is essentially Pairs Offense, or a 4v4 version of Box Lacrosse.  Since I film many of our pick up games, I can go back with my own kids or my JM3 Athletes and see what actually happened!  The combination of implicit learning of Free Play and post mortem film analysis is remarkably powerful!

This past summer in our Narragansett bubble, I took my Give & Go game to another level!  It is astounding how often you can get open onGive & Go's during 2man games.  Look at the thumbnail for the video below.  I am being picked for and I'm about to swing the ball in the middle of a 2man game.  This situation is challenging for the defense for two reasons: first, because the relaxes a little bit once the ball is passed, and second because it's hard for them to know who's covering my cut and who's covering the Nations Look!

If you want to learn more about

One of my favorite webinars ever was Calvert Hall Head Coach, Bryan Kelly's Read & React Offense presentation from the 2019 Virtual Lacrosse Summit!  It's an offense based on the Give & Go!  It was an offense that BK and the late, great, Dave Huntley constructed based off a basketball offense.  It is a game changer in terms of how we think about lacrosse.  I have to say, I understand where Hunts's head was at three years ago much better now!  If you want to see presentations like this or countless other presentations, you should consider the JM3 Coaches Training Program.

The reason why box players are great at the Give & Go is box environment encourages them!  Box is a non stop 2man game and so is the Give & Go!  Further, since the biggest key with small nets in box is to get to the middle, it's easier to get to the middle without the ball than with the ball.  This is why you will regularly see box players dodge topside and give the ball up, only to get it back with more time!

You can see clearly here that the girl who cuts is not only getting open for herself, but is creating great space for the dodger too!  It's good for the offense to get covered just like it's good to get open!

This clip is from 2015 with my Mountain Vista HS team.  We got pretty good at Give & Go's in transition and it was because we played a ton of Box Lacrosse in the off season.  When we would scrimmage, we didn't play traditional 5v5, but rather, we played with two Attack, two mids, and two defenders.  The reason I liked this environment was because we basically replaced breakaways with 3v2's, where our midfielders and poles got really good at looking for the Give & Go!

Check out this video where Coach Brecht goes through position by position what he's looking for in a recruit.  Remember, the whole key to recruiting is to be really freaking good!  Good at what?  I have asked this question of dozens of DI coaches and it can all be found in the JM3 Recruiting Portal!  This website has the recruiting information you need to navigate this process.   There is so much BS out there and so called experts who will get you doing things that are a complete waste of time!