I had the pleasure of chatting with UMBC Head Coach Ryan Moran this week on my podcast and it was awesome!  He is an amazing guy with incredible experiences, mentors and vision.  Ryan is a classic "Coach's son" (and nephew) and is building the Retrievers into something special!  Listen to Ryan talk about his coaching journey, the ways he teaches decision making, offensive philosophies and much more!  This is an awesome listen! 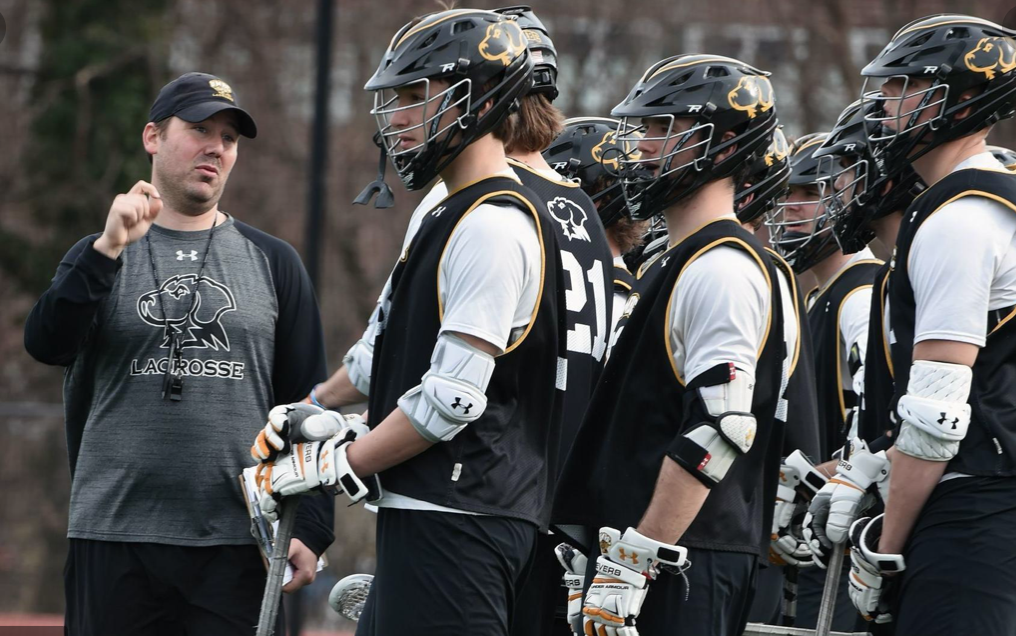 Last week I had an amazing conversations with Ed Glazener and Matt Landis, formerly of Notre Dame Lacrosse and current defenders on the PLL Redwoods.  These guys along with Garret Epple trained under Gerry Byrne, current Harvard Head Coach and are defensive geniuses!  I am a self proclaimed "Disciple" of Gerry Byrne and I was super psyched to talk defense with Landis and Glaze.

Below is a video and more importantly the audio from a PLL Redwoods game where you can hear Glazener directing the on ball defender.

One quote from my call with Glazener that I absolutely loved was this:

"I know for a fact, that if Landis squares up to the ball in a slide position, he's going!  And I'm making the next set up decisions!"

I thought this was one of the most profound statements I've ever heard!  I always knew one of GB's rules was, "Don't square up to the ball in a slide position until you are sliding" but I didn't realize this is also a "Tell" for the rest of the defense!  Brilliant!

In the next month, I'm incredibly excited to record a couple of webinars, one with Landis and one with Glazener for the JM3 Coaches Training Program.  The depth of insights we are going to get from these two guys, Landis in the "On Ball" department and Glazener in the "Off Ball" category will be incredible!

I love watching the creativity of box lacrosse players in the way they pass: the timing of when they pass, the way they fake to set up the Draw & Dump, the way they disguise the pass, as well as the angles they use and maximize when they pass.  Since box players don't switch hands, when they dodge underneath (on their Natural Side) in a  2man game or in isolation, they must pass the ball with their backhand or with 1 hand (at the bottom of their stick), if they don't "Open up" and backpedal or Drag where they could throw a forehand or BTB pass.

One of the great advantages of feeding with your backhand or 1 hand going down the side is with your stick to the middle, it is a signal to the defense that your are going hard to the net and you will have angle to score.  In my "A Lacrosse Weekend 10.19.19" I touched on the supreme value in dumping the ball to "X" with your inside hand.  Therefore, one of the interesting aspect to the backhand or one hand feed is it causes defenses to collapse because you can set up your feed by selling dodge.  Finally, Backhand and 1 Hand feeding allows the feeder to feed around your defender creating new angles and even more deceptiveness, often times allowing the feeder to "Put the ball in space" for a receiver to run on to.

Here's an example of beautiful application of a Backhand Pass.  Rather than simply moving the ball "Up and Over," the passer uses a Wind up / Face Dodge to cause the defense to collapse as he Backhands the ball across to the righty shooter.

The 1 Hand Pass is just like a backhand, but dropping your top hand off the stick giving you more reach, the ability to lean into your man while protecting your stick, and allowing you to feed at the last moment.

This one hand pass is pretty slick, but the Double Toe Drag is one of the sickest things you'll see all weekend!

Watching the great Shawn Evans operate is a thing of beauty.  He is truly masterful in his ability to engage his own man in an underneath post up while manipulating the defense with his 1 hand fakes and ultimately perfectly dropping the 1 hand dime to the backside.

One of the sickest things you'll see in box lacrosse is the 1 hand fake, very similar to the Backhand Pump.  When players are going underneath and the defense is gearing up to yelp, the 1 Hand Fake is a subtle way to fake yourself right to the net!

Here's another example of the 1 Hand Fake.  Interestingly, when you 1 hand fake it creates a natural 1 Foot Hesitation that is supremely effective in buying just a sliver of time to get underneath by freezing both your own man and the help defense!

How do you learn how to do this you ask?

Pick up games!  Of course!  Below you can see a video from a couple weeks ago where there were a lot of deceptive feeds using Backhand passes, 1 hand passes, and Fakes!

Since it’s the first of four recruiting weekends where Division I coaches are permitted to evaluate prospects, I am going to share some thoughts on fall recruiting. First, everyone needs to prepare themselves for the reality that November lacrosse is usually ugly! Unlike summer where players are sharp from their high school seasons, fall ball is the opposite: sloppy. Kids are playing other sports in the fall, rosters which might be full and packed with talent in summer are depleted because of football / soccer play-offs, fall sport injuries, etc. November Rain is a great song by Guns and Roses, but is a crappy environment to evaluate players! You’ll get the occasional field closures leaving 2 turfs for 60 teams resulting in each team getting one 15 minute game…. That will make you lose your mind when you flew 2000 miles to play lacrosse! With fewer daylight hours in fall, tournament organizers have to jam in as many games as possible in less time, so be prepared for shorter games.

I share this with the parent reader of this blog so you can appropriately set your expectations! The last thing you want to do is go into November recruiting thinking it’s going to be like last June when you had that magical run to win the “so and so” tourney! Although November can be brutal, there are some great qualities about November recruiting too! Shorter days means you’re done no later than 4pm and the bar, dinner and a reasonable bedtime await you! Teams get 3 games per day which is better than summer; You almost always have to go to Baltimore and that means great seafood! Make sure to go to Ocean Pride in Towson and have some “Torp Soup” named after High Point Head Coach Jon Torpey who claims to have invented it. It’s half cream of crab and half Maryland crab… it’s unreal! And Torp soup is better when the weather is brisk! In the Fall, you your down time is filled with football!

For college coaches, November is an important time to make decisions on players, but it can be frustrating because there’s just no way to see everyone you want to see. With only 6 days of permissible evaluating and literally every kid out there playing, shorter days, and shorter games, it makes it tough to be as thorough as you want to be. It’s kind of nice to be able to recruit in jeans and a sweatshirt as opposed to summer where you’re sweating your tail off, your back soaked with sweat in your disposable chair on some turf in 100 degree weather. Worse than heat is trying to write notes when it’s so cold you can’t feel your fingers, the ink is frozen in your pen and the wind is blowing your notebook pages all over the place. Coaches know that sometimes the lacrosse is going to be like American Pie lacrosse, but they're still fired up to be there. There’s nothing like finding a player, seeing one of your recruits play well, or following around/ stalking the player you really want!

My college coach, mentor, and legendary UVA coach Dom Starsia once told me, “I can recruit a kid on his worst day.” The reason is because coaches are watching a lot of little things: how hard you play, how athletic are you, how well do you run, are you engaged with your coach when he’s talking to you, are you a “Palms up” guy, are you in the huddle or on the outskirts, do you celebrate when a teammate scores, do you retaliate if you drew a flag, how well do you communicate, do you consistently make the right play, what kind of pop do you have in your step, can you snap off a shot on the run, do you beat the crap out of your man, are you in an athletic posture, can you fire a 20 yard rope to X, do you move the ball off the ground, do you make the one more pass. Playing with great energy and IQ stand out and I can assure you coaches are looking for all of it.