Jake Elliott, the Play by Play voice of the Vancouver Warriors, has played and coached at every level of Canadian lacrosse and is one of the great experts and personalities in the game.  We discuss the top teams, MVP candidates, best forwards, defenders, transition players, coaches, Rookie of the year candidates as well as the best Americans in the National Lacrosse League. 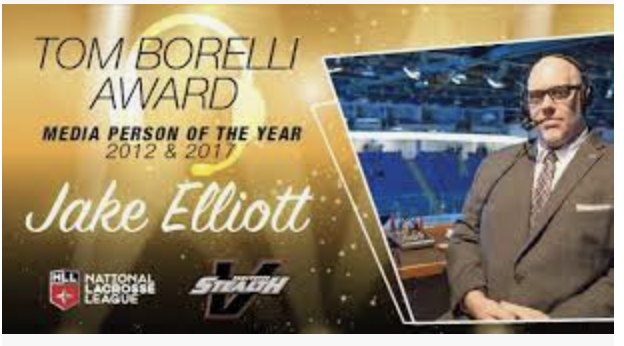 I strongly encourage all men's and women's lacrosse players, coaches and parents of aspiring players to follow the NLL.  It is as pure of a game as you will find, the skill, IQ, passing, skill level, team play, toughness and intensity are marvelous!

Learning from the NLL

The National Lacrosse Leagues is back!  Last week was an amazing week of action and so much to enjoy, so much to learn!  Below are some clips I wanted to share!

I often talk to my JM3 Athletes about how various postures elicit different responses from defenders and when you abruptly change postures, like a passing posture to a shooting posture, it can have great effect. This is a very interesting clip of Corey Small mixing  pass fakes with hitches creating very strong reactions out of the defenders and the goalie (watch the goalie drop to his knees) as Small dishes a pass setting up a sweet Low High Wind up / Powless Pump!

Here's another example of an abrupt posture change that set up Rambo's GWG.  He's initially in a dodging posture with a low cradle and when he lifts his hands to a passing posture both defenders jump all over the slip opening him up for a hands free shot in OT.

Show it, Tuck it

When you beat someone underneath, if you're defender is any good, he or she will hang their stick over your inside shoulder waiting for you to shoot so they can trail check.  Notice how Jeff Teat subtly fakes like he is going to shoot, drawing the early check from the defender, clearing the way for him to score!  This will happen anytime you go underneath against a pole too!  Show it, tuck it!

Here's a great way to practice "Show it, Tuck it" in the backyard!

My friend and former NLL Swarm Head Coach Mike Lines always told me his go to finish was to hold his stick at a side arm angle where he could consistently beat the goalie far side high or pull it 5 hole inside ankle.  Watch Jeff Teat use this concept to perfection as he shows far side and pulls the ball right off the inside ankle of the goalie!

Over the last few months I've written a lot about the Principles Based Offense with pick actions on ball side and backside simultaneously and how you can put the defense in the unenviable position of looking like Domino's!  The defense wants to  collapse and surround the crease, not be strung out across the field.  It is also obvious to see the advantage of a Screen Pass / Swing Pass here where the backside  Shooting Posture to set up a Feed

How sick is this Powless Pump fake to set up a skip pass through the defense for a backside one time shot.  Dhane Smith of the NLL Bandits and PLL Chaos is is a human highlight reel of skill and great decisions!

Remember this: defense will literally watch everything you do and if you can leverage the power of deception, you can open up opportunities that simply won't be there if you project what you're doing!  Here, using a shooting posture to set up a feed is brilliant!

Ryan Lee using a Dive Reach to finish.  Notice how early Lee leaves his feet.... pretty close to the Tangent of the crease.  The Reason he does this is because he knows the "eyes on his stick" will see far side well before his body gets to the middle.  If Lee were to wait until the crease line to dive, he would probably lose angle as he would shoot with his stick past the middle!  this is a key nuance to dive finishes especially in box!

There is an interesting phenomenon that when you abruptly change which way your hips are facing, it creates a natural hesitation and leverages the natural elasticity of you body.  In addition, this particular example also leverages the power of posture changes.  NLL Bandits and PLL Chaos star, Josh Byrne starts in a wind up or shooting posture and he jumps into his dodging posture jab and go.

Here's another example of NLL Rochester forward Shawn Evans using the exact same move with a pronounced Toe Drag fake.  It's so sick!

Any time you're a little jammed up and need to get a shot off, a backhand fake can do the trick for you!  Backhand fakes incredibly effective, are not particularly difficult to do, yet we don't see very many players using this solution to getting your hand free.

Tre LeClaire's first NLL goal is a perfect example of deception. He knew immediately he was going to shoot a screen shot, so he used his Double Threat Dodging posture to influence his man to dig in and brace for a dodge rather than try and defend his shot.

A Business Trip To NorCal

I am currently in San Francisco and had an amazing time today with some JM3 Athletes and friends from St Ignatius.  If you want to know how you can learn all the insane NLL skills demonstrated in this blog, play pick up!  Here we're playing a little 4v4 + goalie!