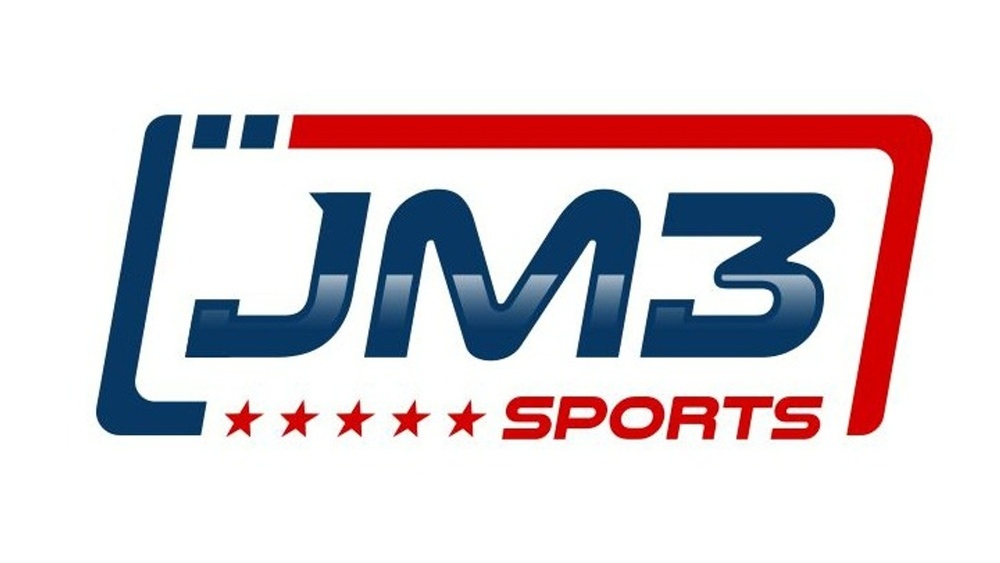 Happy Holidays from JM3 Sports. If you are still looking for a perfect gift be sure to check out the JM3 Sports Store! We have streaming content subscriptions that will help take your game to the next level. Head on over to www.jm3sports.com/store 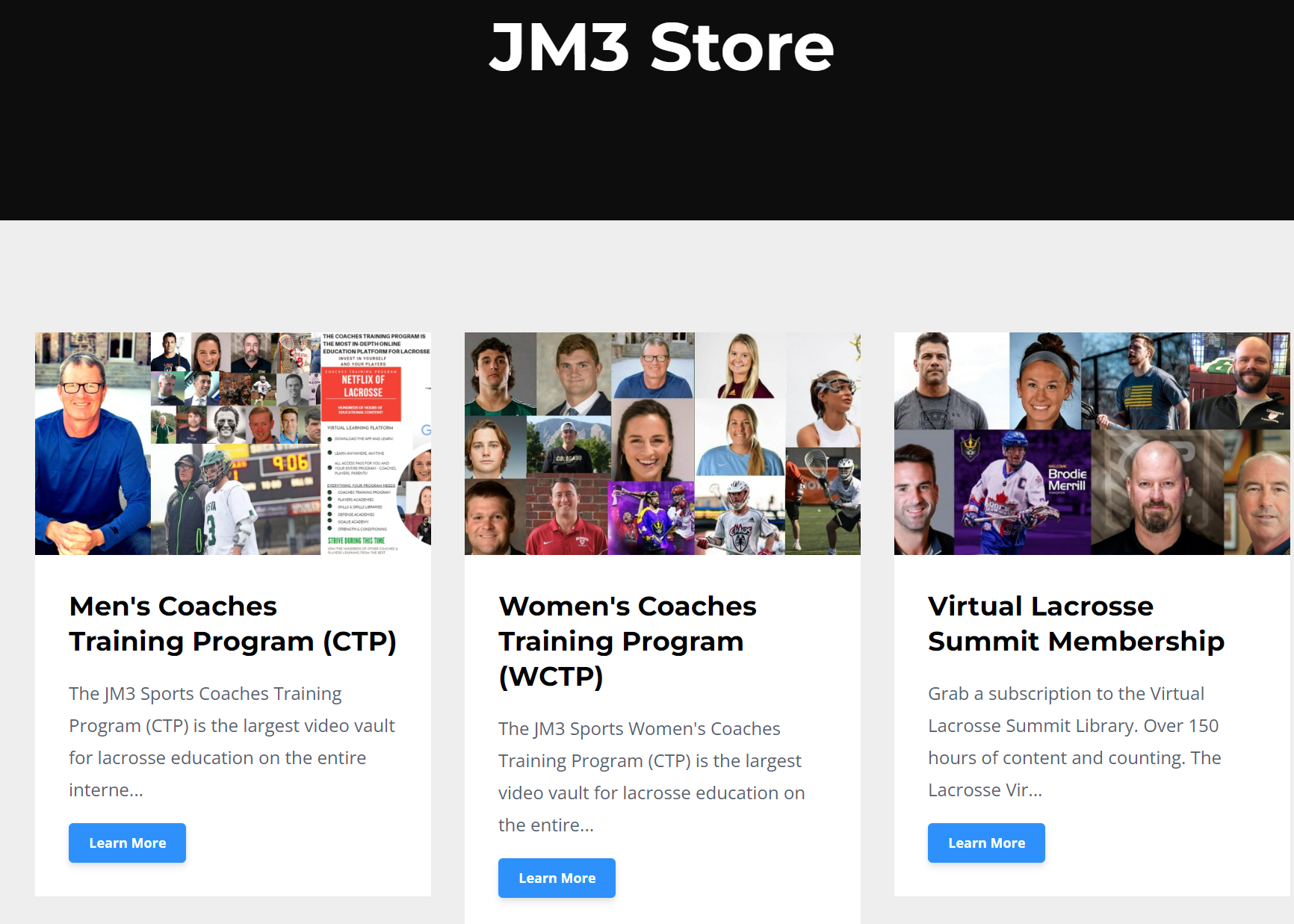 Is one of the most important skills for any offensive player to master.  Here are the key attributes:

Please watch this video from the JM3 YouTube Channel for a comprehensive breakdown of the shots you will want to learn to enhance your time and room shooting!

Accuracy: the ability to hit a spot is often times what separates great shooters from everyone else.  The kind of pocket you play with can often times impact your accuracy.  There are very few players with good enough hands to be super accurate with a big whip.  This is why you will see so many of the best box players in the world, like Mark Matthews or Randy Staats who play with no whip.

I coached  Staats and Mathews in the summer of 2017 with the Atlanta Blaze and one day while they were having a catch, I asked could try Randy's stick and I almost sailed it over Mark's head on the first pass his stick threw so high!

Quickness: a quick release through the "Push / Pull" action of a wrist shot is arguably the most important element of shooting.  Most right handed players can shoot better on the run lefty because they can out "quick" the goalie with their bottom hand yank.

The ability to get a shot off quickly is a big part of the equation.  An efficient catch, crow hop and release will be a must in certain situations.  While you must be able to release quickly, some coaches over emphasize this as if one must always release quickly.  If you watch Canadian box players, when they have time and room they use Multiple Hitches and pumps to find their screen and to move the goalie.

A shallow pocket will also help with a quick release.

Another way to increase your quickness of release is to choke up on your stick with your bottom hand.  Anytime I'm shooting and I'm having a hard time scoring on a quick goalie, I choke up on my stick a little more.  Try it!

Deception: As the great Darris Kilgour says, "Every time you shoot you are telling a story to the goalie."  This is true whether you know it, whether the goalie knows it.  Goalies are reading your body language every time!The problem most American shooters have is they shoot on empty nets constantly whereas Canadian Shooters shoot on goalies!  When you practice shooting on an empty net, you are likely picking your corner, shooting it, and then admiring when it goes in the corner.  This is practicing "Telegraphing" your shot.

There are two types of deception:

The Where: for example fooling the goalie into thinking you're shooing high when you're shooting low.  There are many ways to do this that we will cover.

The When: a release so the goalie can't tell when it's coming, either a little quicker or earlier or a pause later than they expect.

Some great examples of deceptive shots:

Will Manny's signature shot is his low to low, chest up, handcuffing shot called an Anti-Leaner.  This is a great angle of a thing of beauty!

The Low High Wind up is a shot that most every Canadian and Native box lacrosse player shoots as their go to time and room shot!  It's a must for every field player!  Starting with a low cradle or low pump fake, as the shooter lifts their hands, they can lift the goalie and delay the release of the shot.

Here's another Low-High Wind up

Randy Staats has the nastiest Leaner you'll ever see!  If you ever threw with his stick you would know why!  He plays with no whip!  His stick throws as accurate and true as you could ever want a stick to throw and is built for leaners!

Girls shoot Low-High Wind ups and this is a perfect Leaner on an 8 Meter free shot!  Watch the goalie's stick!

Austin Staats is a master of the Pump and Lift or the Powless Pump, which I named after a player named Johnnie Powless who shot this shot all the time!

Anti Leaner: when you shoot low to low and aggressively lift your chest up as you release it holds the goalie up!  Watch how handcuffed this goalie gets!

How To Increase Your Shooting Power

Power: this is pretty simple, the harder your shoot the more range you will have and at a certain level of power, goalies can't catch up to it.
The best way to improve your power is simple: buy a Radar Gun or an app for your phone and start measuring and recording your shot speed.  At Denver In the fall of 2005, right before our first NCAA tournament, we began measuring shot speed for the six weeks after fall ball and everyone's shots when up 5-10 MPH.
There is also an interesting element of self correction that occurs.  so many coaches try to teach "Mechanics" with arms back away from your body etc.  The best way to learn how to shoot hard is to shoot really freaking hard, know exactly how hard,  and figure out what works for you based on the speed of the shot!

Listen to more of the Phi-Lacrosse-ophy Podcast with Jamie Munro >>> www.PHILACROSSEOPHY.com <<< 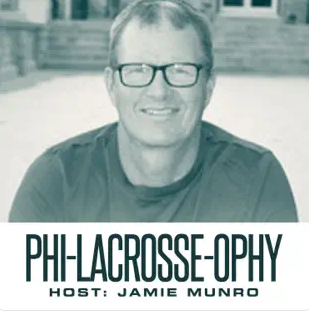 John Grant Jr Shooting Demo
This is a very cool video for you of a shooting demo with John Grant Jr from about five years ago at the 3d office!  I’ve watched this video a couple dozen times to study everything he says and everything he does!  By the way, Princeton goalie and Colorado boy Erik Peters is in the net!
Watch these clips carefully and try to notice the nuances of exactly what he’s saying, his posture, his swing angle, which way his foot is pointing, etc!  It’s very interesting!  And it’s exactly what I’m trying to teach you all!
Below is the transcription and notes from Jr’s Demo:
-“I want him (the goalie) to see my stick,” not to hide the stick, “I find that a snap of the wrist I can deceive the goalie a lot easier.”
-He then demo’s an Anti-Leaner
-“This is Trademarked, I try and use my front shoulder and my stick to get the goalie even if it’s just for a second, frozen…”
-Tries to shoot a near side high bouncer selling far side, hits Erik
-Anti-Leaner five hole
-Curve Ball and misses wide left
-Far side high bouncer, saved
-Four consecutive Low-High Wind ups and starts saying “Wes Berg, Wes Berg, Wes Berg” who was the Canadian star from Denver U
-Shoots Near side high bouncer off the pipe
-RH shot
-BTB rip five hole
-BTB rip high
-Talks about shooting from lower angle
“Can you give him a cue where you want him to think it’s gonna go with your stick and your body
-"Patience is key," as he demos an absurd finish that I replay 3x in a row for you!
-Fakes near side high, steps and fakes far side low, then BTB near side high, low high fake and finish far side low

Check out this video on an incredible way to learn how to shoot deceptively: No ball shooting!  If you ever shoot on a goalie with no ball they may say, "I saved it" but then you would say, "how did you know where I was shooting?"  While this idea sounds crazy, it actually works because it takes scoring out of the equation.  The entire idea is to deceive the goalie and it works!

How to practice deceptive shooting

Using a small net and tennis ball allows players to begin to get a feel for different releases, different hitches, swing angles, all kinds of ways to of being deceptive.  6x6 nets are just too big and deception on closer shots with no context just isn't necessary whereas with a smaller net shooters are more challenged and will learn these amazing techniques.

Soccer -> Lacrosse Crossover Skill
Billions of people tuned in to the World Cup Final between Argentina and France on Sunday. It was the most exciting soccer game I've ever watched from start to finish! There is a fundamental skill on the soccer field that gets overlooked in lacrosse... Head Turns.
Spacial awareness is critical in soccer because you always need to know how much time you will have to avoid an oncoming defender. You will see players constantly turning their heads and scanning their surroundings prior to receiving a pass so that they can make good decisions with the ball once it arrives at their feet. Where are my teammates likely to be and where is the defense likely to be?
A recent study by Daniel Peterson titled, Why The Best Soccer Players Are Real Head Turners showed a direct correlation between head turns per second and pass completion rates. "Not surprisingly, the two EPL players, Frank Lampard and Steven Gerrard, with the highest frequency rates of .62 searches per second (head turns) are two of the most successful midfielders currently playing in the league."
All great defensive coaches emphasize head turns in lacrosse. "Head on a swivel". "See man see ball". "Two looks man one look ball". "Sideways posture". All of these coaching cues help keep our defenders engaged and in the proper position to both support off-ball and cover their own man.
BUT head turns are just as important on offense! Here is just the start of an endless list of examples when head turns prior to receiving a pass are important:
This is definitely a skill you can play around with developing in your offensive players! Constraints such as counting head turns during keep-away games or holding up fingers during dodges can help encourage players to keep their heads up, see the field, and ultimately make better decisions!
“Think quickly, look for spaces. That's what I do: look for spaces. All day. I'm always looking. All day, all day. Here? No. There? No. People who haven't played don't always realize how hard that is. Space, space, space. I think, the defender's here, play it there. I see the space and pass. That's what I do.” Xavi.

Coach Damon over at Lax Goalie Rat is putting on another amazing Goalie Summit. Head on over to VirtualGoalieSummit.com and grab a free stream pass. There is also some premium VIP passes you should really consider for learning from the best goalies in the world. 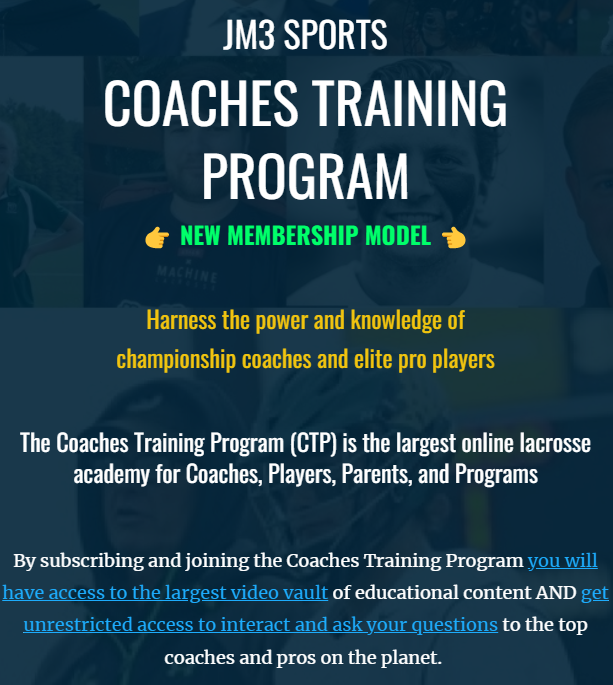 Get prepared for your 2023 season by subscribing to the JM3 Coaches Training Program. This program is ideal for coaches at any level but also for players. If you are a coach or player looking to learn the systems and skills other coaches and players are using to see next level advances the Coaches Training Program is the place. Invest in yourself and invest in your team.

Go to JM3Coaches.com and see all the membership levels available. There is a membership for everyone. To your success.

Have a great weekend!
Close