If you are a men's or women's lacrosse player, coach, or parent, I think you will love the weekly content, videos, and analysis 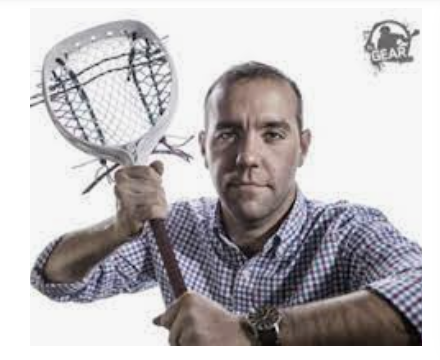 My personal take on being a multi sport athlete is ideally our kids would be able to play multiple sports in high school, but for most kids this is exceedingly difficult to accomplish.  Other sports make it difficult to take a season off and not fall behind, sports are more competitive than ever, and when a family plugs their child into the "Youth Sports Machine" the efficiencies in development are often so poor that there is simply not enough time in the week / year to get good enough without specializing early.  Some multi sport combinations work better than others.  An example is most athletes can make lacrosse their #1 sport and still play football, but with other skill sports like hockey or basketball, it usually works better if you make the other sports your priority and let lacrosse catch up later.  Some schools are less competitive than others making it more possible to be multi sport varsity athlete, while others are so big and competitive it's virtually impossible.  Similarly, some athletes are so talented they can make any sport look easy, but there is a large group of good athletes and potential DI prospects who are in a pickle as to what to do!

If you are the parent of  a high school, elementary or middle school athlete, I highly recommend you listen to this podcast.  It will answer questions and give some direction.

Click here to listen to this podcast on Multi Sport Athletes! 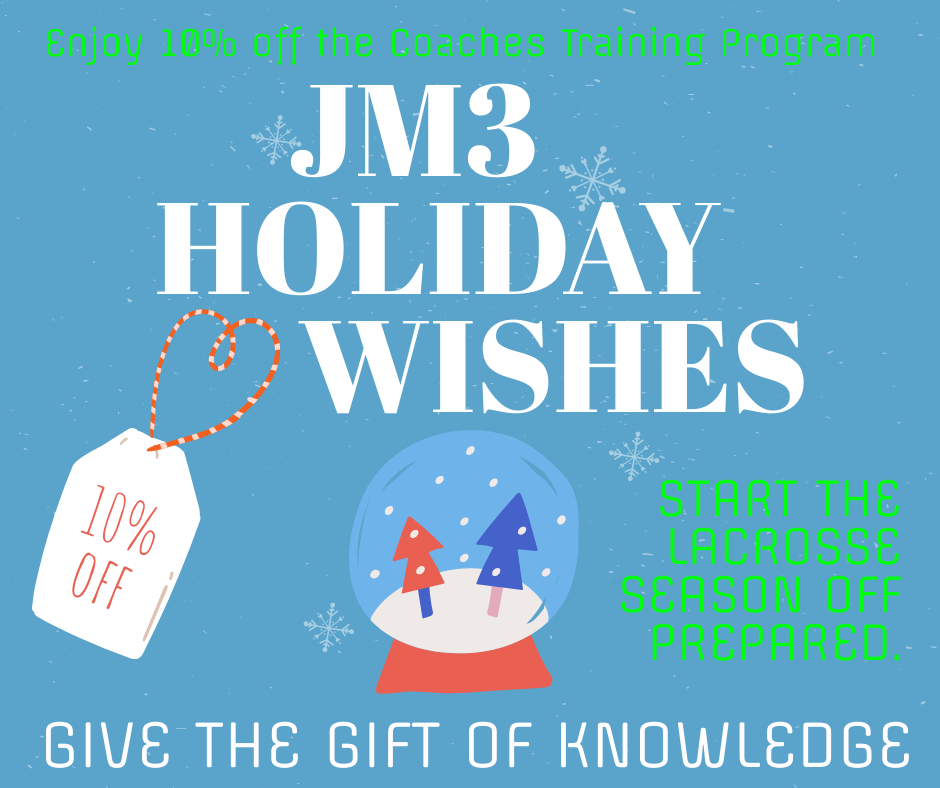 As a token of appreciation and thanks to all of our listeners to the Phi-Lacrosse-ophy Podcast and readers and ambassadors of our Blog, we offer a 10% discount to any of our CTP membership tiers.

All you have to do is pick your membership level below and the 10% discount will automatically be applied.

Get your CTP All-ACCESS Discount [HERE]

Get your CTP Team Discount [HERE]

Get your CTP Solo Discount [HERE]

There are many offensive advantages in utilizing on ball 2man actions, but none more powerful thank forcing the defense read, communicate, and make a decision as to how to play the pick.  Will the defense switch, stay or double team the pick?  And if the defense stays, will they go over or under the pick?

Many defensive coordinators have multiple ways to play picks based on where the pick is occurring on the field: get under the pick when the ball is behind or far out on the wings, double team a pick at the goal line, and push out / get over the pick on the wings near the hashes.  There is no right or wrong way to play a pick as long as the defenders are on the same page and there are advantages and disadvantages to every technique.

Most teams don't want to switch on ball picks in 2man pick actions where one player  is guarded by a long stick and the other player is guarded by a short stick, AKA  a"Big-Little,"  In the now switch scenario, the defense has a choice to go over or under the pick.  The pick, then, becomes a distraction or an impediment to the on ball defender that the dodger can use to their advantage.

Refusing A Pick When The "D" Goes Under

Getting under picks behind the goal / far out on the wings can be a sound strategy because there is so much space to get under and because the one thing going under a pick will give up is a shot and in those situations the dodger is not in shooting range.  Further, if picks are not set with good placement, getting under can be especially easy.

If the defense wants to "Stay" and get under the pick, at some point the on ball defender will have to turn their head to see where the pick is and try to beat the dodger to the other side.  This is an amazing time to Refuse or Reject a pick as you can see from the examples below.  Wait for your defender to turn their head and cut back and get to the net!

One of the main reasons Harvard Head Coach Gerry Byrne doesn't teach getting under picks is to avoid this situation.  He would rather play the ball as if there was no picker there at all, maintaining good ball pressure, and switching if the on ball defender runs into the picker.

Here's one more example of Eric Law refusing a pick just when his man peaks at the picker!

Same situation here in women's lacrosse, the on ball defender turns her head to locate the pick while the dodger splits against the grain for an easy one!

Just as poor pick placement can make it easy to get under, very good pick placement with adjustments can make it exceedingly difficult for the on ball defender, often times creating impossible recovery angles.  If the shortest distance between two points is a straight line, a well placed pick causes the defender to take a longer route, giving the dodger too big of a step.

Refusing A Pick When The "D" Fights Over

"Pressuring the ball as if there was no pick there", pushing out and getting over picks and switching if you run into the pick can be a great strategy because the pressure itself throws off the pick placement and can cause a dodger to panic and not use the pick to their advantage.

When defenders are going to not switch and get over picks, all the dodger has to understand is the angles.  Watch how Jeff Teat effortlessly "Invites" his man over this pick.  This concept is an absolute cheat code!  As long as the dodger can get a step towards the pick the dodger can gain position leaving the defender in a permanently trailing position.  Notice, the dodger is not running shoulder to shoulder off the pick, he doesn't want to run his man into the pick causing a switch.  The dodger wants to , allow the defender to feel like he's going to get over it, only to be chipped and out of position.

When the dodger can't get a step towards the pick it's usually because the on ball defender is over playing the ball, trying to avoid getting stuck in the "Permanently trailing position" so they push out even more aggressively, opening the door to refuse picks!

Watch Lyle Thompson use this a well timed rollback when his man is beating him over the pick!

Here is an example of an on ball defender pushing out trying to get over a pick and the dodger uses a swim move to cut back against the grain!

How To Teach Your Players How to Reject a Pick

This past week down in Delray Beach Florida, i coached a group of family, friends and JM3 Athletes and we worked on a bunch of 2man games on and off ball.  This 1v1 + Picker drill is a phenomenal way to learn how to reject picks when the defense is trying to beat you to the spot.

Sometimes the defense wants you to reject a pick.  In basketball it's called ICE when the defense won't let you use the pick by shading their body towards the pick, giving you a step (usually underneath) and daring you to dodge them into less angle.  If the defense can get you to no use picks it can be their advantage especially if they're super athletic and can catch up to you!  If a team that is great at 2man game is pressured into not using picks anymore and just going 1v1 it becomes a defensive advantage.

This is why I often teach the option Refusal and a Re-pick, which is essentially faking your refusal of the pick causing the on ball defender playing ICE to over pursue on your move thus putting them in a trailing position as you come back to use the pick.

Watch Josh Byrne of the PLL Chaos use this technique to perfection!

On the ThunderRidge HS girls team I coached last year, we started using a simple Split Dodge Roll Back Re-pick concept that set up a sick Nations look that we called Reverse Nations.  Check out how the dodger split dodged away from the pass down pick down setting up a roll back with the on ball defender in a tricky trailing position.

One of the reasons this is tough for the defense is it takes them by surprise.  Once you refuse the pick, the on ball defender is in full on recovery mode opening up a topside roll back. Simultaneously, the picker's man is surprised as well but immediately reads the fact that the on ball defender is beat so they step out to help.  Communication. in this situation is often late and results in the on ball player staying while the picker's man switches leaving the picker wide open for this Reverse Nations Look!

"Optimism is a competitive advantage." Jon Gordon
Did you know that optimism is something that we can train and improve? Optimism is the belief that something good is just about to happen. The late great sports psychologist, Trevor Moawad was relentless in his optimistic mindset. "I have no doubts that the best is ahead." In his book, "It Takes What It Takes" he highlights some amazing research about optimism and pessimism (the belief that something bad is about to happen). Here is a brief summary of his research:

-Outside influences such as commercials, social media, coaches, parents etc are only 1/10th as powerful as your internal voice. This is why credible, positive self-talk is so important.

So, what can we do with this information?

-We need to understand that the way we speak to ourselves is critical. Your attitude is a self-fulfilling prophecy.

-We need to be disciplined about letting mistakes go and believe that the NEXT play will be better.

-"Stop saying stupid shit out loud."- Trevor Moawad. If you want to turn around a negative team culture this is step number one. Eliminate all whining and complaining.

-Optimism creates mental toughness. Why? If you always believe that something good is about to happen, you are never out of the fight.