This week I had a great conversation with BU Head Men's Coach, Ryan Polley.  Ryan was a terrific interview and shared his unlikely path to being a Division I Head Coach.  Ryan started playing lacrosse late!  Polley was a QB and point guard at Malverne Prep in Philly and switched over from baseball in his sophomore year.  Recruited and offered by Notre Dame and other schools, he chose Merrimack College in New Hampshire to play basketball.  After two years of hoops, he switched over to lacrosse to finish out his college career.

Just out of college, Polley was an accountant and had the option of being the JV coach at Andover HS or the Head Coach of the girls team of a first year program.  For three years he coached girls HS lacrosse to kick off his career.

Polley went on to be the Head Coach of his Alma Mater, was let go, and got a break at Yale where he coached for six years where he was part of Andy Shay's build of a national power.

You will love this podcast!  So much great insight, honest dialogue, and entertainment!  Click here to listen! 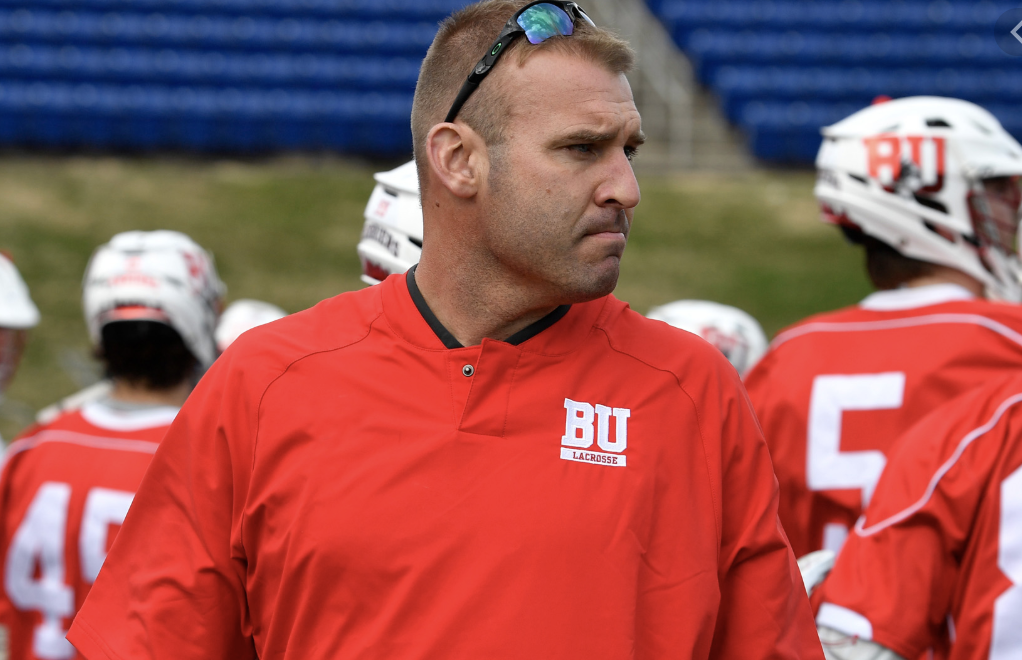 If you haven’t signed up yet, the time is NOW!  For a limited time I’ve made access to all of the JM3 CTP and Academy content completely FREE for one week!  It would be humanly impossible to get through all the content, but you will get a taste of the depth and quality of the program!  Whether you’re a youth coach, HS coach, college  coach, you will find this program a combination of cutting edge and practical.  If you are a serious coach, you will be hooked!

Lacrosse season is around the corner and it's time to start preparing!  Instead surging google and coming across the same sites over and over again, check out this treasure chest!

Over the past 10 years 2man game has become a dominant force in men's college lacrosse.  Women's college lacrosse is following suit, with more and more teams utilizing 2man games to initiate offense.  Jesse McNulty and the late great Dave Huntley studied 10,000 shots in MLL Lacrosse  from the 2015 and 2016 seasons and found that 2man game created higher scoring efficiencies than isolation in each of the three positions on the field: out top, behind, and on the wings.

The reason behind these higher efficiencies in 2man over isolation has not been proven, but here's my opinion as to why:

Prediction: Re-picks and Hang up 2man will become a trend that will have staying power because of it's potency.

In box lacrosse Re-picking is more than prevalent, they are used all the time!  Similar to double moves and double fakes,  consecutive picks are more effective than just one pick.  In studying 2man game, I've come to change my paradigm on teaching and thinking about 2man game.  Rather than focusing on pick angles and attacking the middle, dodging shoulder to shoulder, I have come to the conclusion that 2man game at its best is more about trying to get two players to guard one player.  In my podcast with box lacrosse legend, and probably the smartest lacrosse mind I know, Darris Kilgour, he kept talking about creating the 2v1.  At the time I didn't really understand what he meant, but I do  now.

I will be creating a video on the concepts of "Hang up 2man" in the near future for my Men's Coaches Training Program (it's already in the Women's CTP), but right now I want to focus on the Re-pick because I think it naturally teaches the kind of paradigm shift I'm talking about.

The first video I want to show you is from the Major Series Lacrosse Finals from this past summer Peterborough Lakers vs The Six Nations Chiefs.  Shawn Evans is one of my favorite players in the world to watch and here he perfectly executes the concept of Hang up 2man in a Re-pick situation.

This is a video from the HS girls team I coach in which a couple of righty's execute a great Re-pick.  Notice how the dodger is able to pretty easily get two players to guard her opening up the picker.  Every decently coached team will be able to successfully play one pick, but when the second pick is disguised by a fake dodge and a fake roll to the net, the off ball defender is compelled to switch without early communication resulting in the on ball defender staying on the ball.  Two players on the dodger leaves an open pick and roll.

Let's dive in to the basics on how to teach Re-picks.  This video is from a couple of summers ago where I was teaching a couple lefties how to execute a Re-pick.  You can listen to the audio as I talk them through it.

OK so now you know some of the basics about teaching Re-picks!  Now, let's talk about the best way to LEARN Re-picks.  Of course!  In pick up games!  As you will hear me in this video, sometimes you have to talk them through a Re-Pick for a few times, but it doesn't take long for the players to get it!  What I was simply saying was something along the lines of:

A few months ago I did a podcast with Navy Head Coach Joe Amplo and for about 15 minutes, Coach Amplo educated us on his recruiting philosophy.

I think you will love getting inside Coach Amplo's thought process and enjoy this video!