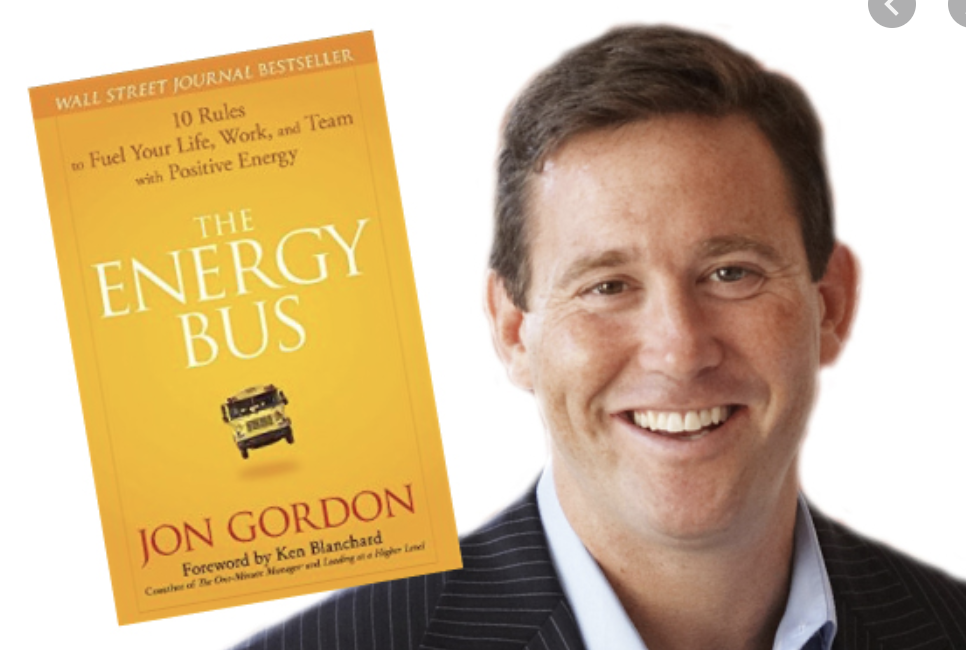 If you are a men's or women's lacrosse player, coach, or parent, I think you will love the weekly content, videos, and analysis! Click here to read my blog.

Jon Gordon: one of the most exciting opportunities I've had since starting a podcast is hosting best selling author and motivational speaker Jon Gordon.  We discuss his connection to Cornell lacrosse, how he's inspiring and helping people to change for the better, the pivotal moment that changed his life, collaborative leadership, the importance of having belief and vision in your dreams, how fear is the thing that keeps you from your destiny, the importance of focusing on love and the love of competing  and not on the outcome, weeding the garden of your mind by feeding the positive & weeding the negative, and what books he recommends. Click here to listen!

Inside the 8 Podcast with Colleen Magarity:  I am so excited to get this podcast up and running again in 2021!  We kick off this podcast talking about Colleen's new role with JM3 Sports in working with JM3 Athletes as well as how she's helping build out the Jm3 Women's Coaches Training Program!  A fun conversation that spans Free Play to College Lacrosse Recruiting and quarantine, if you are a coach, a player or a parent I think you will love this podcast!  Click here to listen!

I'm so excited to announce a new segment in this blog with Box Lacrosse aficionado , Jake "Jumbo"  Elliott.  Every week, Jake will give us some incredible insight and content from the world of Box Lacrosse.

Jake Elliott is the voice of NLL Saskatchewan Rush after 5 with the Vancouver Stealth . Elliott, who is a 2x winner National Lacrosse League’s Media Person of the Year Award, has called six Minto Cup Championships and three Mann Cup Championships.  Jake was a Head Coach in the Jr A ranks with Coquitlam, New West and Langley.

Coming soon: Box Lacrosse Training Program!  A course that Jumbo and I are creating with over 80 hours of box lacrosse webinars, skills, drills, and concepts,  will be the most comprehensive accumulation of Box Lacrosse Instructional content on the internet.

It was awesome having Bobby Benson on board with JM3 while it lasted!  A few weeks ago long time Maryland Offensive Coordinator JL Reppert took the Holy Cross job opening the opportunity for Bobby to get back in to college coaching.   The revenge tour begins!  Bobby is quite simply one of the smartest, hardest working best guys in the game and while I'm sad to see him leave JM3,  Bobby knows the Big 10 inside and out and is clearly an incredible hire for Coach Tillman.  I couldn't be more excited for Bobby Benson!  Let's go Terps!

I am so excited for the opportunity to work with Christopher Newport Head Coach, Mikey Thompson.   Mikey is one of the brightest young coaches in the nation and entering his fourth year as Head Coach has a 39-16 record, has been ranked as hight as #15 and has won an NCAA playoff game!  Mikey is one of the most thoughtful and interesting coaches I've ever met and is replacing coach Benson in content creation, running and producing webinars, and holding office hours for CTP subscribers! 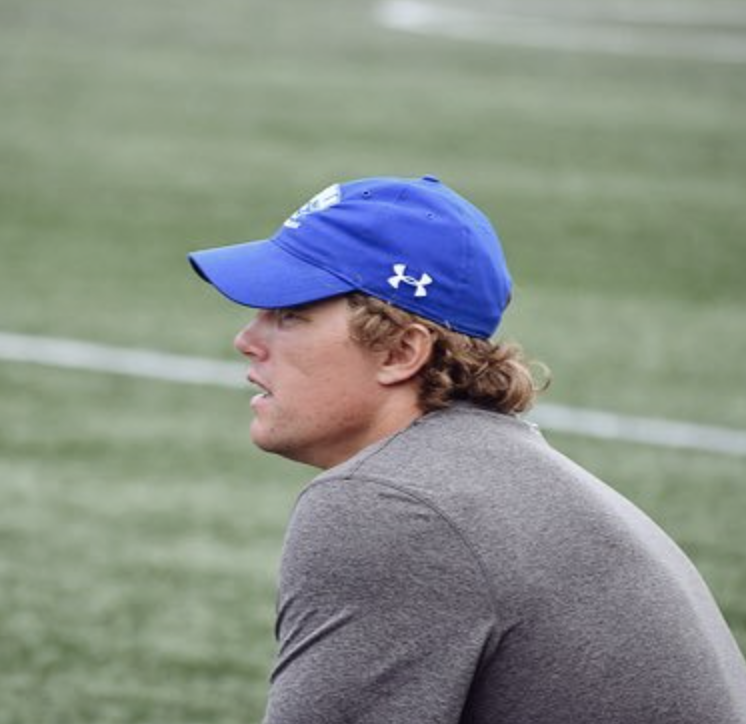 I've been fascinated with this shot for some time now!  I remember Darris Kilgour talking about this shot and how hard he worked to master it!  Here's how it works: when you finish with a Twister you will often sell far and gain near pipe angle allowing you to Twister it around the goalie.  Or if you're on the Wrong side, you can gain far pipe angle by folding your stick over towards your weak hand side and Twister it that way.

The Curve Ball is a Twister that is a mid range of outside shot that gives the goalie the indication, if you're a righty, that you're going to Twist it to the left when actually you are curving it back to the right.  Goalies read swing angles.  Similar to pulling a side arm shot near side where the goalie is reading far side, the Curve ball is an inside out swing angle that the goalies read!.

There are several variations of how to shoot this shot and there is no right or wrong!  The key is creating mis direction.  I love it because sometimes when you have to get a shot off quickly and a goalie knows you're going low, you can make him move the wrong way!

Each weekend I have been doing Elite shooting sessions with Matt Mackrides who will be doing a webinar on Tuesday at 4:30pm (Eastern). The sessions are fast-paced, and a ton of reps. When you do not have goalies and only have an hour our goal is to get the girls working hard while working on shooting form, dodging, and footwork. Here is one footwork and shooting drill from last week's session and I am heading to this weekend's session now! Be sure to check out Matt's webinar on Tuesday, he is a great coach and lots of great drills.

In this drill, we are working on changing our speed and sharp turns around the cones to then take a hard outside shot with our arms away from our bodies.

About Structure And Free Play

This is a topic I have been thinking a lot about and i want to share my updated thoughts.  I am convinced that the two biggest keys to getting better at the game of lacrosse is first, to "play in context" and second, to "play without structure."

Playing without structure simply means playing with freedom from being told what to do / what not to do.  Players are then free to make their own decisions.

How many times have coaches lamented the fact that players and teams can do things well in practice, but then can't perform as well in games?

I used to love creating smart progressions to teach skills: introduce with no defense, rep it in uneven drills, then even drills, then rep it in 6v6 and we should be set!  Right?  This model definitely seemed like it worked as every player learned every skill and every concept!  I developed insanely slick players with a huge repertoire of skills, but honestly, they didn't use their skills in games.  Sure, my players used more skills than most, but why didn't my players use all their skills?

I also used to think my job as the coach was to make a drill run well, make it happen for the offense or defense to run the look we were working on, as well as to correct mistakes.  I thought good coaching was using my voice during play to get players to achieve the success I was looking for.  And like leaning skills, this model of coaching seemed to work very well as our practices would run beautifully, but this too was fool's gold.

Here's an example of what I mean.  In this 4v3 Keep Away we have good context, but too much structure.  I used to believe that Claremont Rules, a 2-3 second rule with the ball and a Give and Go, was an amazing environment to teach and rep Give and Go's.  Just look at this drill and you will see every girl executing give and go's!  This is fool's gold because it doesn't translate to a game because the players are doing what they're told, not using free will where it's their decision, they think of it, etc.

The Value of Context

This is not a hard concept to understand, yet very few lacrosse players, coaches, or parents truly take advantage of it.  Most people would rather "Shoot" than play in a pick up games.

Repping out skills in isolation will make you more accurate and it can sharpen your skills, but it doesn't help you get better at playing the game.  Furthermore, the law of diminishing returns occurs with a lot of isolated skill work.

Do you think shooting six hours per week will be 4x better than shooting for 90 minutes per week?  Have you noticed how many kids work really hard at their game but they don't get that much better?

On the other hand, if a player plays six hours per week of pick up lacrosse, and I have plenty of JM3 Athletes who have done this and it's like "Holy Shit" how did you get so good!

In the pick up games players get experience with reading the play, all kinds of deception and hesitations, communication, and real time problem solving!  This is what I mean when I say it helps you get better at playing the game!

For players: try to play a pick up game 1-2 times per week.  That's 50-100 pick up games per year.  If you play this much pick up, all the time you put into wall ball and shooting will pay off.

Many coaches will ask, how will players learn anything in unstructured play if I'm not coaching them?  The answer is film!  You must film everything you can, show the players and see for yourself what actually happened!  Utilizing Free Play where players are learning implicitly and then following that up with film review is insanely effective.  I've been doing this with my JM3 Athletes and we literally have player after player, amazing result after amazing result, of boys and girls of all different ages!

This past Tuesday night we played a bunch of different versions of pick up games which provided varied learning environments.  The three games we played were: 4v4 + Goalie, 5x, which is a 5v5 where one defender plays goalie, making it an all time 5v4,  and  3v3 + Feeder Natural side in the video below.

3v3 + Feeder Natural Side is an amazing on ball / off ball game with a 3man side that creates endless interesting scenarios!  Check out the Spain Looks below, which are Pick the Picker looks.  They are so cool!  It is very difficult for a defender to talk through a pick on two sides at one time and Spain looks usually result in two defenders ending up on one!