Check out my latest podcast with Amherst College Head Coach John Thompson.  John has built a national power at Amherst having brought his team to 7 NCAA Tourneys, (six straight!) and to last year's title game.  As usual, this conversation begins with Coach Thompson's journey as a player at Brown, a grad assistant at Springfield, back to Brown for both Scott Nelson and Lars Tiffany, his first head coaching gig at Colby, and eventually to Amherst.  Coach Thompson is working on his PHD in Sports Psychology and applies his craft to his program in fascinating ways!  I think you will love this podcast! 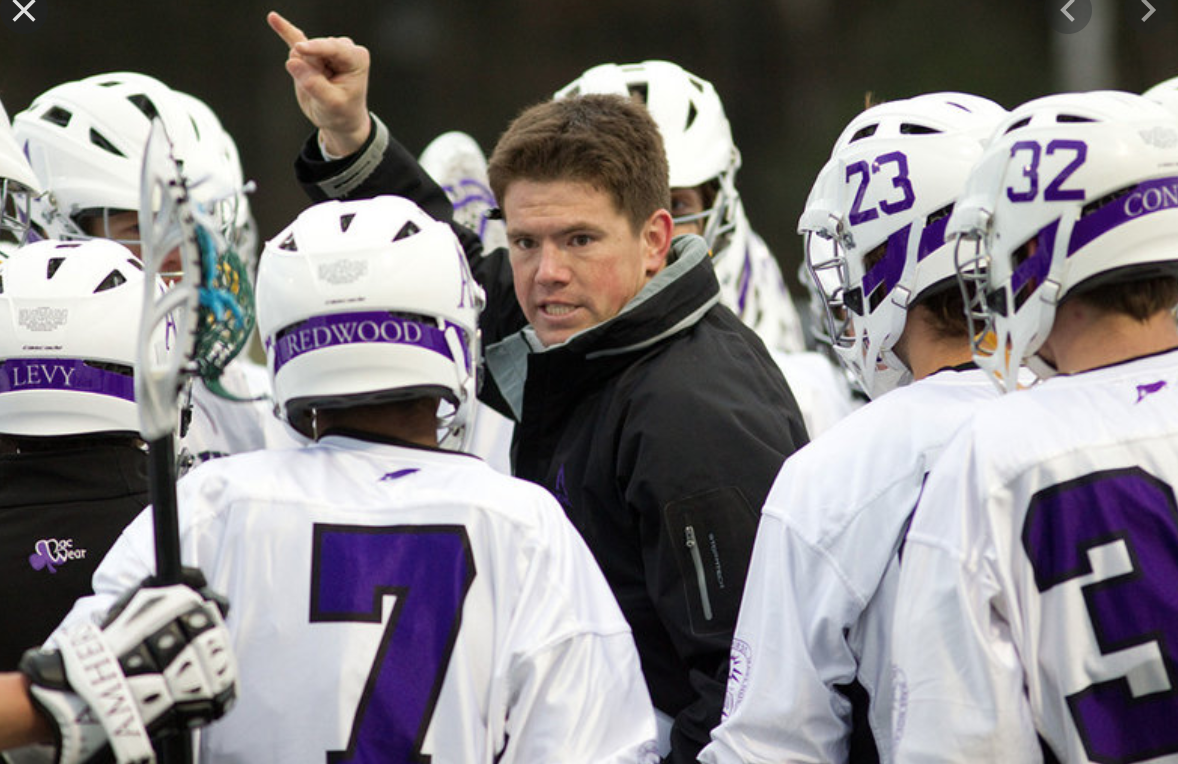 I have already had a ton of feedback from listeners on how much they like this podcast!

Have you ever seen this move before?  Lyle Thompson is dodging to his left versus a lefty pole and he reaches his right arm into the space between his defender's stick and his body and sort of pulls the Dman's shaft very subtly with his arm, thereby neutralizing the defender's cross check.   Lyle proceeds to pull his right hand out of that hole and hammers a Wrong Side BTB Post up shot.  The ref is standing right there... it looks like it would be a ward of some kind, but he doesn't actually ward.

In this video, Kevin Crowley is being set up for an isolation dodge with a big clear out and he initiates his dodge with a Fake Swim Move.  Fake Swim moves aren't very common in field, but I've seen box players use this hesitation move with more regularity.  I've seen John Grant Jr would use the Fake Swim move.  Crowley proceeds to use a Back in Post up One Foot Hesitation Rocker Move to draw a slide and feed the cutter.  I also like the way the righty clearing through kind of distracted the defense setting up a follow the slide / lefty cut the middle.

This is one of my favorite moves right now!  The Spin Rip is common in Basketball and in Box Lacrosse.  I remember seeing Micheal Jordan do this every time he would have his back to his man and spin to the basket.  I've been working on this in boys and girls field lacrosse and it's a pretty sick move.  Watch here how this lefty dodger spins and uses his free left hand/arm to seal and hold his defender behind him.  I call this the "Spin Hook".  It's nice.

I remember years ago listening to legendary coach, Dave Cottle, talk about a pretty cool man up look involving a way to open up a skip pass by checking the stick of the crease defender while the ball is in the air.   Since the ball is in the air, there is no possession and therefore checking the stick of the defender while the X man is feeding through is a legal play.  This scenario will open  up a clean skip pass which usually results in a lot of time to shoot!.  Check out a hockey version below!

Another hockey video that has big time similarities to lacrosse is this sick "V Cut Move" where the player sells middle with his body, his posture, and his eyes, only to cut back against the grain.  This maneuver gave him the angle he needed to get to the net!

This is a pretty unique shot that I think only Callum Crawford does: it's like a combination of a Low High wind up and a Jump Shot that just brings and holds the goalie right up while he tucks it low!  Such a sick technique!  Super deceptive!

Jeremy Noble is a master of the BTB pass used in this power play situation where he's playing a 3v2 versus the "Box" of the man down.  Stepping into the gap of the two top defenders and selling shot, Noble is able to fully draw the defender who is splitting him and the righty shooter buying time and room for Berg to shoot.  Furthermore, off ball defenders don't see it coming so they can't rotate on time.

This BTB Skip Feed by Randy Staats is very interesting.  Randy usually plays the top center of the power play for the Swarm and regularly uses BTB Feeds to hit the top righty shooter (like Jeremy Noble above).  This time, however, Randy catches the defense and goalie by surprise when he wires a skip pass down to the righty crease man who one times it home.  Sick play!  The goalie was preparing for an outside shot from the RH Shooter by stepping off his line and cutting off angle.  And the low defender didn't see it coming until it was too late to get to Miles Thompson who one timed it home!

Talk about a deceptive shot, this BTB shot from a Back in Post up Posture was so deceptive the goalie literally never saw it!  This sidearm swing opened up a lot inside pipe shooting angle and the release was almost impossible to see! So sick!

Have a Great Weekend!