Connor Buczek, Head Coach Cornell  Connor is one of the brightest young coaches in Division I Lacrosse.  I absolutely loved watching his teams play team offense!  In this podcast, We discuss Connor's lacrosse journey, his mentors along the way, his playing career at Cornell, playing professionally and coaching at Cornell simultaneously, the biggest evolution in his game, how he develops his players at Cornell, Jeff Teat, the Cornell offense and his offensive philosophies, 2 man game, the Cornell culture, how they develop leaders at Cornell, and recruiting.  I hope you enjoy!  Click here to listen! 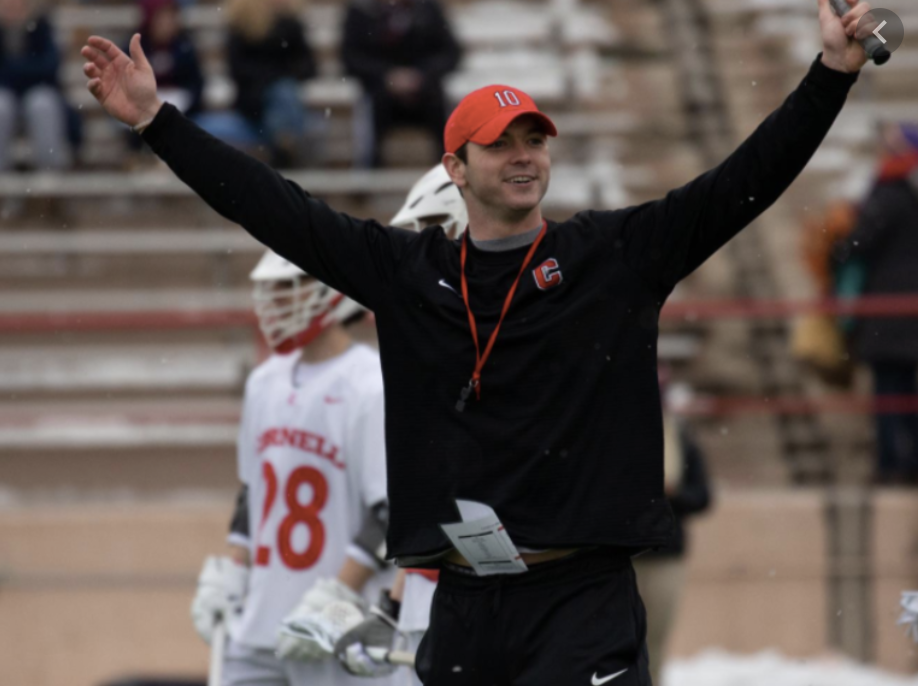 Rob Pannell, PLL Atlas.  Rob is one of the greatest attackmen of the past 10 years and I got a chance to talk lacrosse with him on Thursday.  Rob is incredibly insightful and interesting to listen to!  In this podcast, we talk about RP3's lacrosse journey from growing up as a baseball, basketball, golf and soccer player to becoming a lacrosse player at Smithtown West on Long Island, taking a PG year at Deerfield, getting recruited to Cornell, his relationship with Coach Tambroni, how he's continuing to work on his game, his thoughts on dodging and how he changes his speed and direction, deception, feeding and probing.  It is a fascinating lacrosse conversation!  Click here to listen!

Rob uses his eyes as a means to be deceptive.  He and I talk about an interesting Questionmark "Eyes" deception technique that he has evolved over the years where he starkly turns his head and looks to the middle, holding his look as he punches his hand out to the sideline and begins his step away.  He is essentially looking off his move!

The Art of Deception is a topic I am incredibly interested in and am pumped to share with you!  I have always said, "Deception is the difference between good and great"  and in this podcast you will find out why.

Deception is signaling misinformation to your opponent to create an advantage and to me deception is the biggest indicator of a player's Fluency because it means they are reading the game and manipulating a situation.
Let's think about deception in Darwinian terms; It is the difference between life and death…. deception is tied to Evolution and Survival of the fittest.
"Deception in animals is the transmission of misinformation by one animal to another, of the same or different species, in a way that propagates beliefs that are not true. ... Mimicry and camouflage enable animals to appear to be other than they are"
Just as there are endless types of deception in sports, there are endless forms of mimicry in the animal kingdom: imitating the warning signals of harmful species, a species that looks like a species that is poisonous, aggressive mimicry, camouflage, feigning death, distraction displays, eyes in the wrong spots, the list goes on and on.
The Bolas Spider
Deception is used for both the hunters and the hunted.  Check out the Bolas Spider video below and how it lures prey into its clutches.

The WWF says that Snow leopards are highly adapted to their home in the cold high mountains. “Their thick fur patterned with dark rosettes and spots is the perfect camouflage for their rocky habitat, allowing them to stalk their prey.”  What if the Snow Leopard's coach made him learn how to take a long run at those mountain goats? 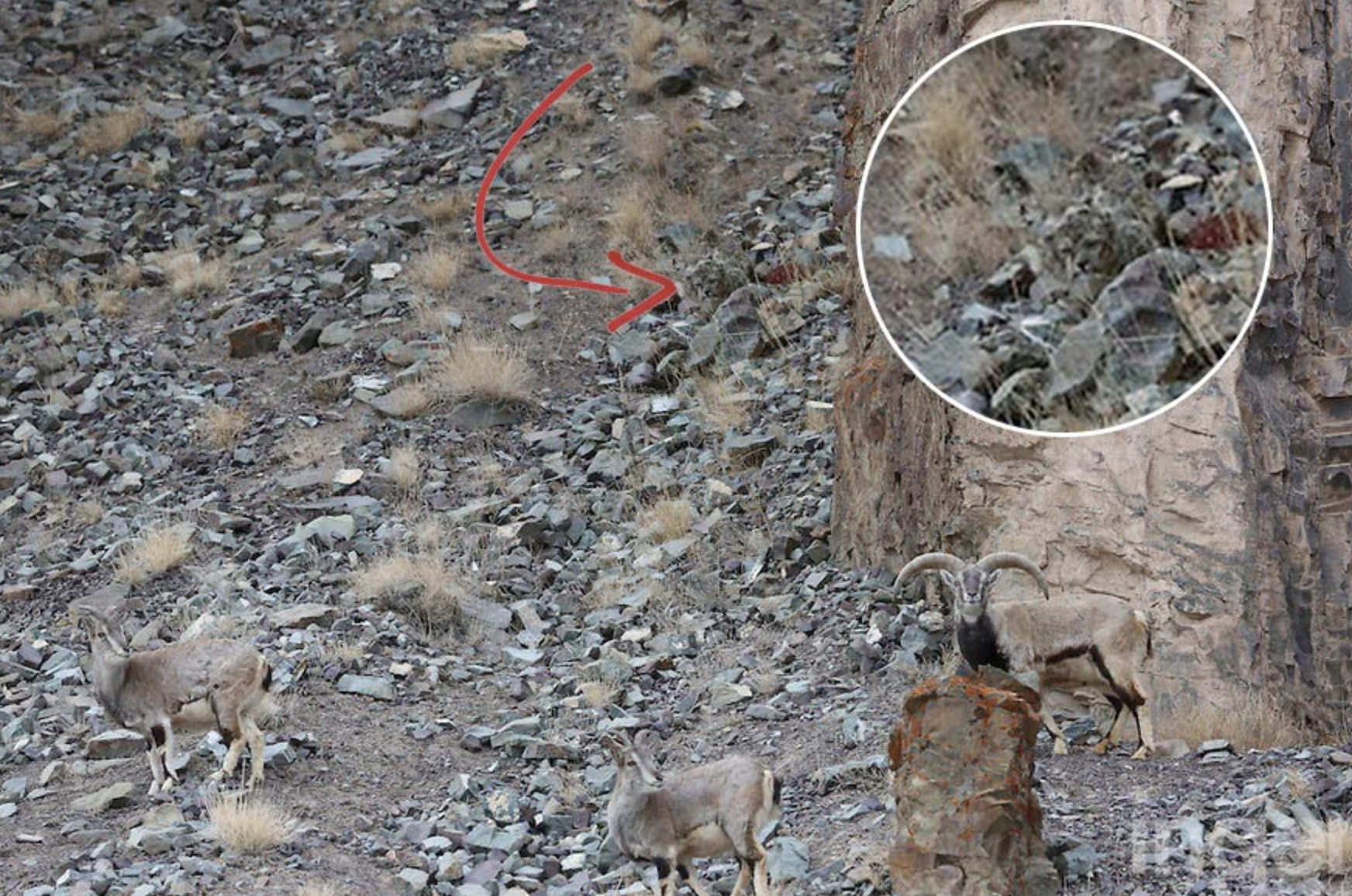 This species of caterpillar takes the form of a Pit Viper snake when facing a potential threat.  This is like Jeff Teat pretending he's he's not doing anything then attacking the net. 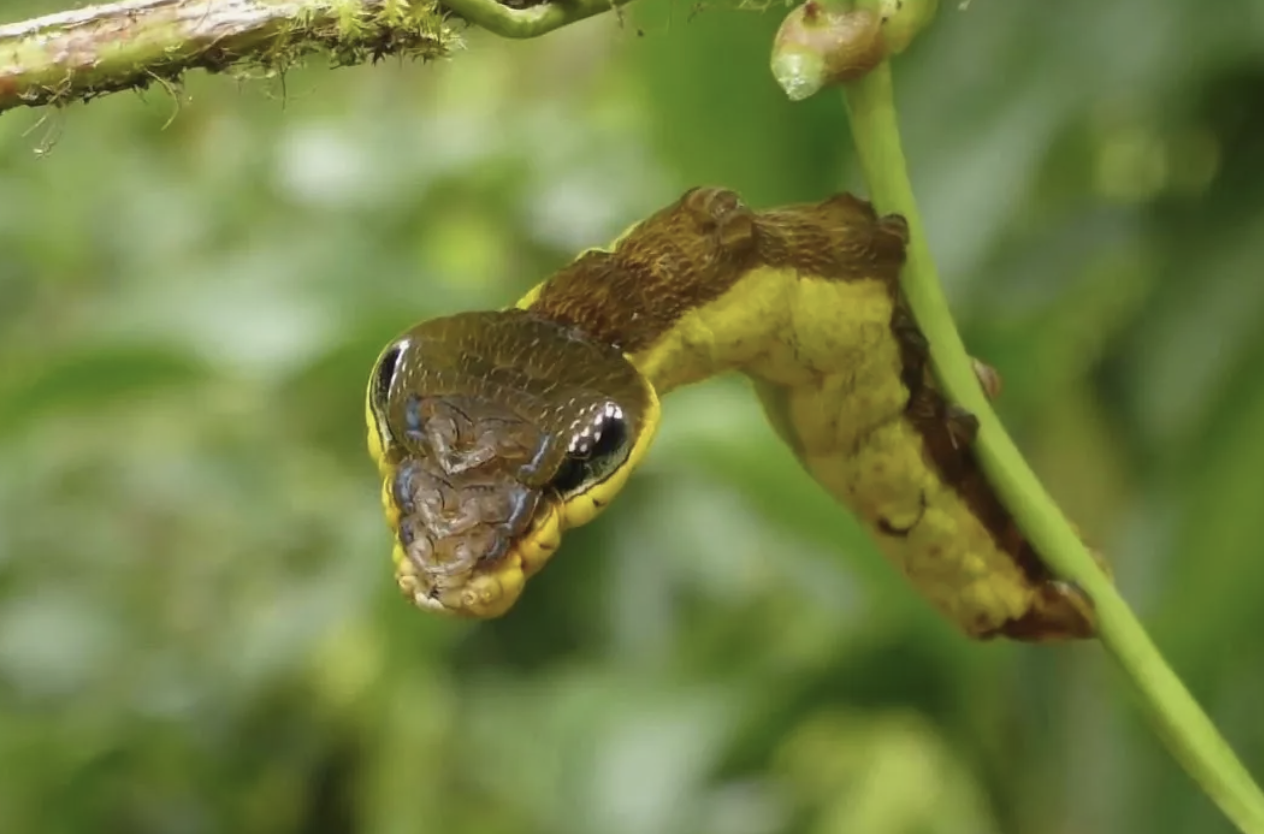 Another example of where deception is the difference between life and death is military deception.  Everything is a fake! 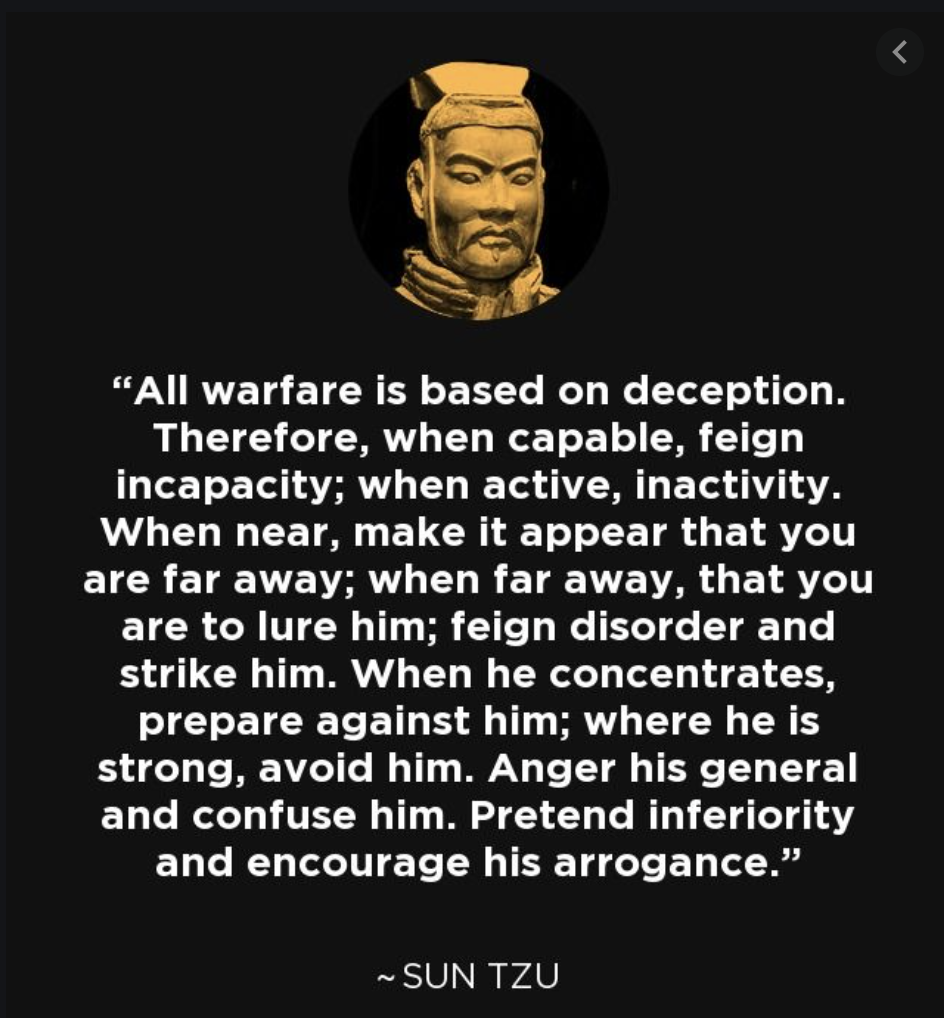 Another life and death example of the use of deception is in war.  Throughout history, from Sun Tzu to Hannibal, from the Greeks to Napoleon, and from the American Revolution to D-Day, deception is war.
I would be remiss not to point out one of the greatest military deceptions of all time: The Trojan Rabbit, famously used in the quest to find The Holy Grail and to take down the French!

I spend the majority of my time with my JM3 Athletes, on our Zoom calls, discussing deception.  We watch film and see where deception occurred or where it could have occurred. There are so many forms of deception that exist in literally every situation in the game.  Let's dive in shall we?

Watch the way Jesse King uses a Double Threat or Dodging Posture to set up his screen shot.

I recently had a Zoom Call with PLL Chrome midfielder, who is also a member of the NLL Swarm,  where he said as he described his style of dodging, "I think speed is an indicator or cue for the defense to slide and I don't want them to slide, so I don't sprint."

Baiting is my new favorite way of thinking about deception.  Just as the spider baits the moth, Chase Scanlan baits a Syracuse defender to swing at his stick, enabling him to  run effortlessly by his man.

Check out Selena Lasota use a Hard Pump both to make her own defender think she passes as well as control the help defender at X.  If you want to learn more about girls lacrosse skills, check out the JM3 Girls Lacrosse Academy.

If you want to see one of the most comprehensive tutorials on deceptive shooting, check out the video below.  This video from my JM3 Attack / Midfield Academy and is a must watch!  As the great Darris Kilgour says, if you shoot deceptively you can hit a spot the size of a watermelon and if you shoot with strictly power and accuracy, you have to hit a spot the size of a grapefruit.

Is there anything more important when feeding, other than seeing the field, than buying time for the receiver?  If the receive has more time to finish, they will finish at a higher percentage.  The entire defense is reading the intentions of the ball carrier and similar to Sun Tzu, if you are feeding, feign that you are not feeding.
If you want to see a SICK video of deceptive feeds, watch the video below from this past summer in Narragansett, RI where we had a group of family, friends, and JM3 Athletes playing pick up games.  The level of skill exhibited is off the charts from boys and girls, middle school through DI!
Here is the list of creative passes in the video:

If you want your players to learn how to play like this, I encourage you to buy the JM3 Backyard Curriculum.  It is easily the best value in the lacrosse world.  It is literally exactly what I do with my own children and my JM3 Athletes.  And it only costs $19!

I have come to an important conclusion: when we teach players to any skill, sadly, we are inadvertently teaching them the opposite of deception.  We are teaching them Obviousness.  We are literally snuffing out their creativity and natural deceptive nature in favor of technique.

We teach kids how to pass by telling them to point their butt end towards their target, step with the opposite foot, and follow through.  This is teaching obviousness.  Would Sun Tzu ever alert his enemy of an action like this?

A Case Study On Not Coaching

On the high school team I help coach, we have a girl who came out to play lacrosse for the first time this past March.  She is an incredible athlete who played soccer as well as varsity basketball and wanted to try lacrosse.  She is an elite athlete who will definitely play DI lacrosse.  I knew this within the first few days of tryouts.

Since we missed most of our spring season and were all locked away in quarantine, this girl became a perfect study on can a player get good at lacrosse through the free play model.

This is interesting: in the 10 days of practice before we were cut off and 25 days of pick up, I have literally taught her ZERO techniques.  The only advice I've given her In between pick up games is to sometimes move the ball faster, look for skip passes, and that alley shots are the worst shots in lacrosse.

She came out today for a game of 2x (which is why this blog is late) and before we started I asked her if she noticed I had actually never taught her anything.  She said, "Now that you mention it, yeah you're right, why not?"

I replied that I wanted the game to teach her and I didn't want to put things in her head that would get in the way of incredible natural athleticism.

It's not that I will never teach her a skill, but I believe in players learning implicitly without a coach telling them anything.

I will eventually teach her the way I teach my own kids and my JM3 Athletes; using video we will analyze what actually happened, why it worked or didn't work, and show them things I've seen other players do in similar situations.

See if you can ID which girl I'm talking about from the video below on Baiting in Practice!

I've told this story many times.  One day in the mid 90's I asked Gary Gait what his favorite move was and he responded, "I pretty much just wait for someone to over play me, then I beat them.  This is baiting.

Baiting is another word for deception and is a great way of thinking about deception.  I like it better than using the word faking.  Baiting implies making someone bite on the fake.  There are endless examples of baiting and it always involves getting into the mind of your opponent.

Watch this video of Jeff Teat from the 2018 Minto Cup, pretending as if he was doing nothing, then bursting past his man to score a goal in a short handed "Rag Team" situation.

I've been coaching a high school girls team and I've found that the all even keep away games have been an incredible breeding ground for learning how to bait defenders.  The video below is a great exhibition of Baiting in many different situations. We played four different versions of keep away games in this practice, sometimes to a goal where we had to make a designated number of passes before the team on offense was allowed to shoot.

A full breakdown of these videos can be found in the Women's Lacrosse JM3 Coaches Training Program, which is the deepest vault of women's lacrosse coaching content on the web!

Have a Great Weekend