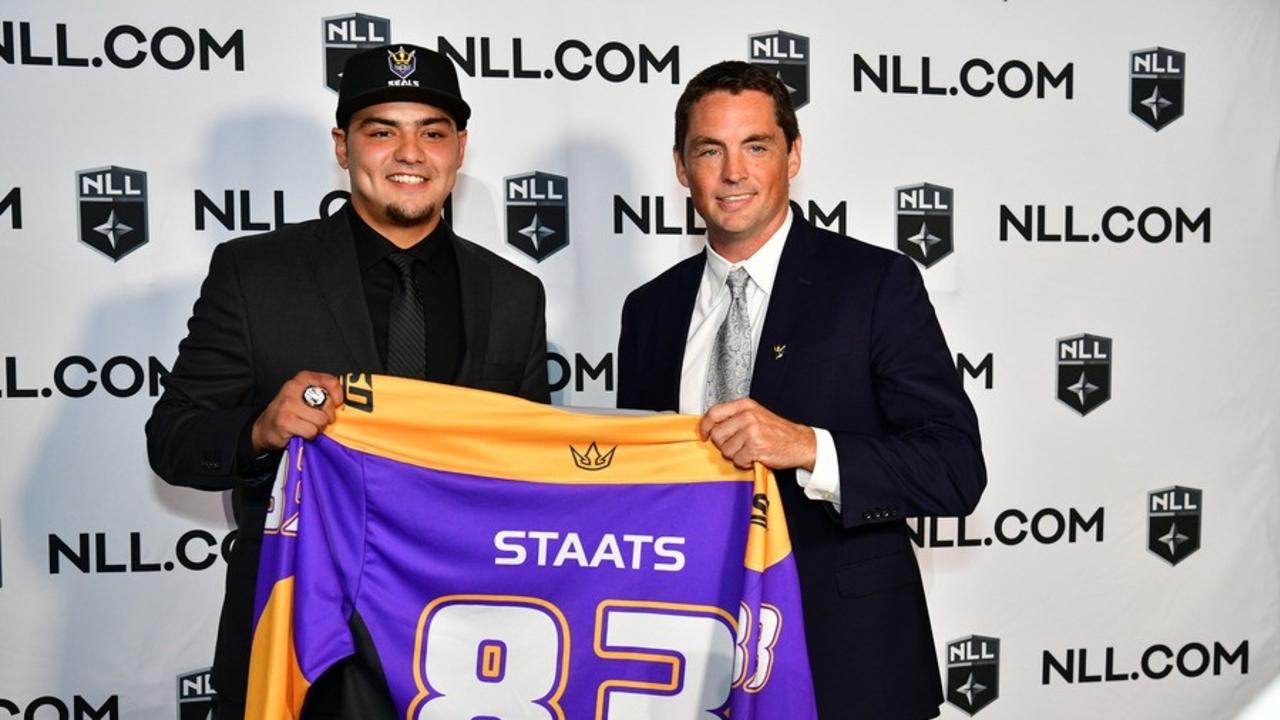 Welcome to "A Lacrosse Weekend," my weekly compilation of thoughts, ideas, history, stories, myths/truths, about the great game of lacrosse! I hope you find it enjoyable.

Let's talk a little bit about hesitation moves. I'm in the process of putting together instructional videos on skills in men's and women's lacrosse. I'm trying to cover every skill and every variation. There are so many amazing techniques! I am endeavoring to identify each skill variation with the intent of teaching players how to do it all!

Quick thoughts on hesitations: Basketball players use hesitation moves constantly and this should be studied. Whether to get a step, buy time, or looking off the basket after they beat their man freezing shot blockers, there are many different and effective techniques that are 100% applicable to lacrosse. Hesitations make defenders late; on ball defenders, sliders, and 2nd sliders... hesitations make them all late.

Skip hesitation is one of the best ways to get a step on your man and it's quite prevalent in hoops. Dame skip hesitation

Here Kyrie Irving uses a hesitation move to buy time to take advantage of the 2v1. Kyrie hesitation on 2v1

I love this hesitation technique because it so closely resembles rollback technique. Walters is a master of getting underneath with this move. Walters stick foot hesitation

The simplest of the hesitation move is a quick hitch, where you simply buzz your feet to sell stopping and see if you can get your guy to stop more than you. Rice quick hitch

Rob Pannell might be the best dodger of all time and his repertoire of multiple hesitations, changes of direction and pop outs/redodges is pure artistry. Here he uses a skip hesitation, a rollback, a stick foot hesitation, a go and another rollback to leave his guy behind. Pannell hesitaion moves galore

One of the reasons I'm creating all of this teaching content is in preparation for an online academy model where I believe I can teach players how to learn everything. Every skill, every move, every concept.... everything. I can put players on a development trajectory while educating parents on what to focus on and what not to waste time/money on. The process starts with a Video Assessment www.JM3video.com which gives the athlete a complete breakdown of their game. Next is a 90 day improvement plan geared specifically to the video assessment and the needs of the athlete, weekly Live Training where I teach IQ and a new skill to work on, office hours for athletes, office hours for parents, accountability for the athletes in the SNYPR wall ball counting app, and we will create community in the JM3 Athlete's Facebook Group which will be where athletes post goals, videos, and provide social feedback for each other.

I would say there are a ton of lacrosse players who's development stalls out somewhere around 8th-10th grade. Mostly because they continually do the same things over and over again. The same club team, the same shooting in the backyard routine, the same competition, and overall the same environment. This isn't surprising. We all find ourselves "stuck in the mud" at some points in our lives for similar reasons. The key is to always be learning, searching, exploring and networking. Finding someone to put you on a trajectory that you would otherwise not be on.

The number one pick in the draft is a 20 year old named Austin Staats. I have watched this kid play since Peewee as my son grew up playing in St. Catharines and Staats in Six Nations. This kid is special. His skill, IQ, shooting, passing are all off the charts, but his competitiveness, nastiness, and toughness take him to another level. And he has won a lot of championships. He won a Founders Cup (Jr B National Championship) a couple Minto Cups (Jr A National Championship) and was arguably the best player on the floor 2 years ago when he won a Mann Cup (Sr. A National Championship). In fact, this past summer was the first time Staats didn't win a championship since he was like 13! So he made up for it by being the #1 pick in the draft.

Here's a video analysis I did on Austin Staats after the 2017 Minto Cup where Six Nations dominated: https://www.dropbox.com/s/1lv3fcjny5htefn/Austin%2... It's pretty interesting. This analysis really explains the value of the "Double Threat" position. You might enjoy the off ball technique of butt ending your defender in the nuts to get wide open in front of the net!

This is a 10 minute portion of a Live Training from the JM3 Coaches Training Program and is a good example of what the content is like. My favorite part of this video is the concept of "Lateral Spacing." We all know to get the ball 2 passes to the backside, but how often are we making sure we have proper spacing of our "Float" and our "Follow?" Reversing the ball to the follow is one of the best and under utilized looks on offense the game.

Check out www.JM3Coaches.com for video testimonials from current subscribers and some of the top coaches in the game. We have several DI men's and women's programs as subscribers, which speaks to the high level of content. We also have brand new programs and youth lacrosse subscribers because the fundamentals of this program are for everyone.

Thursday night I went to a Red Rocks Show of a band called "Get the Led Out" which is a Led Zeppelin cover band. When I tell you that they sound exactly like the band it's not an exaggeration! It's unreal. Here's a set list: https://www.setlist.fm/setlist/get-the-led-out/2018/red-rocks-amphitheatre-morrison-co-73e9365d.html .... you can click the play button next to a song and hear how exactly they sound. I think one of the things I love about Led Zeppelin is so many of the songs remind me of playing lacrosse in high school and college and hanging out with my teammates! If I had a highlight tape I'd put it to "When the Levee Breaks!"