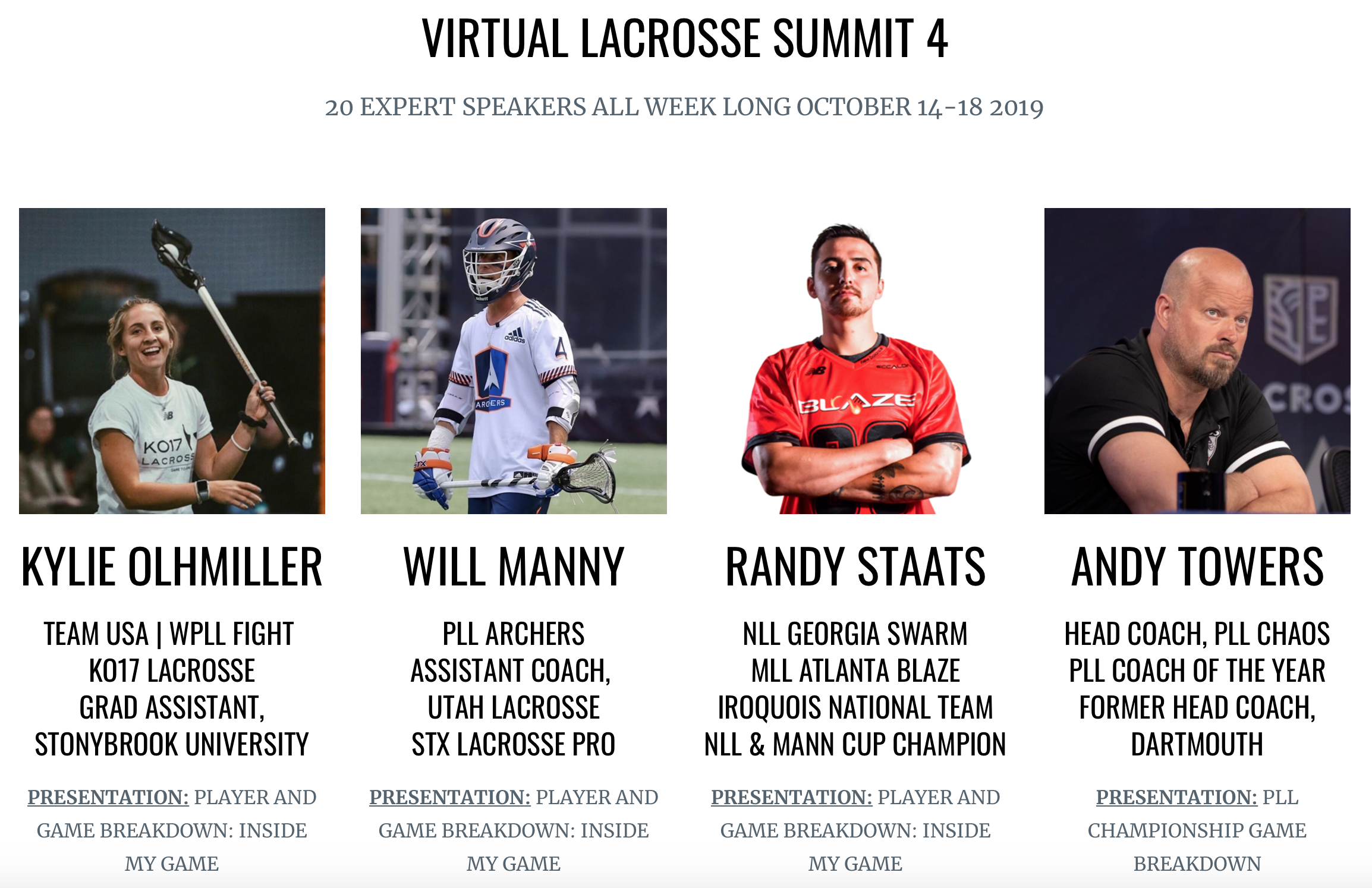 The Pro Player Breakdowns with MLL/NLL All Star Randy Staats, PLL Attackman Will Manny, WPLL Attacker Kylie Ohlmiller, Denver Outlaws great Matt Bocklet, and The G.O.A.T. John Grant Jr are fascinating to watch!  why they do wha they do is incredible!

I think you will love my latest podcast with Hobart Head Coach Greg Raymond.  Listening to Coach Raymond made me want to play for the Statesmen!  Greg's journey from Corning, NY to Johns Hopkins where he was a 3x captain, from Princeton under the legendary Bill Tierney, to Drexel with Chris Bates, then back to Princeton when Coach T left for Denver and Batesy took the Princeton job.... Coach Raymond shares a wealth of experience and what he learned from his amazing mentors.  We discuss college lacrosse recruiting and how the class of 2021 is the most "Under-evaluated" class in DI recruiting history, building a culture, and Hobart Lacrosse which is all about playing fast! 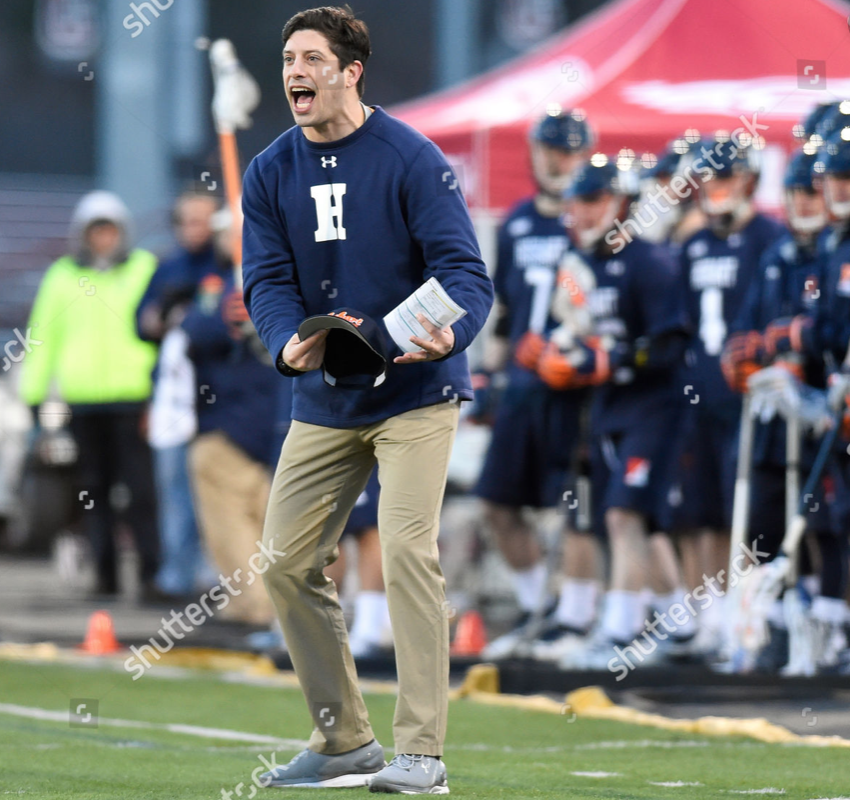 One of the truly great attackmen in college lacrosse, Michael Sowers combines speed, quickness, skill, vision, physicality, IQ and toughness.  Sowers is not a big guy, but he sticks his body into his man and initiates contact  regularly.  When he gets to the "Island" he is a handful!  Another thing I notice in Sowers is how he plays really close to his man behind the net,  inside the length of his pole.  It is in this "No man's land" that the poles have a really difficult time staying with Sowers's jabs, cuts, rollbacks, and hesitations.  In many ways, the way Sowers keeps his own man on a string is his greatest strength as a 1v1 player.  The one thing this video also shows is that Sowers could take a come around finishing lesson from Kevin Rice, a master of the "Double Fake Before the Goalie" technique.

Below is a video me working with a couple kids on an important technique called "Come Around Double Fake Finishing."  I'm explaining the fact that you can (and must) fake before the goal line and goalies will still bite, opening up net to shoot into.  This type of come around opportunity happens a lot in Big-Little situations where the defense blows a coverage.  In these situations, the shooter won't have a ton of time to come all the way around, but with this goalie manipulation technique, you can be a very effective finisher!

If you want to get access to this type of content for your coaching staff and your players, check out JM3 Coaches Training Program and Player Academy.  There is truly no content like this anywhere on the internet!

In the next video I'm teaching the players how to extend their arms and stick ahead of their body to maximize angles for the Come Around Finish.  There is still a double fake finish, but it can be very subtle.

Here's Kevin Rice executing his version of this skill to perfection!

You want to see this in women's lacrosse?  Great, here's a couple videos of my favorite Pro player, Kayla Traenor executing this in a 1v1 dodging scenario!

Over the past year through the creation of  the Virtual Lacrosse Summit, I have had the opportunity to do dozens of webinars with many of the top men's and women's players in the world.   I have my editors put together a highlight video of that athlete and we watch and talk about it.  I ask questions, the athlete articulate what they're doing and why they do what they do.  It's fascinating to really get into their lacrosse mind!

I do hundreds of  JM3 Video Assessments for boys and girls players per year and I have to say, the feedback is incredible.  Here's a text I received yesterday.  This is the reaction literally every time I do one of these!  It's pretty awesome!

I have spent a lifetime studying the Great Game of Lacrosse!  I have watched every player, tried to breakdown every skill, and figure out a way to teach it in a smart progression.  Usually starting with a name, introduction the skill in a vacuum, working on the skill in live drills usually uneven drills, then transition to live play.  I have watched this work beautifully in the sense that I was successful at teaching just about every skill to my players.  The only thing I needed was the time to do it.  So I thought.

Then I began realizing that even though my players could do literally every skill in the book, the percentage of skills they actually used versus the skills they possessed was not as strong as it should be.   This percentage was probably stronger than most, but still, it wasn't acceptable.  I needed to find another way.

About two years ago when I took a step back from being the owner and operator 3d Lacrosse, it allowed me see the world from a different perspective and allowed me to experiment with a different approach.  The approach was Pick up games, Sandlot, or street lacrosse.  I have slowly but surely dialed up this approach to the extent that I have never coached less and had players play more.  The results are incredible!

First it is SO MUCH FUN!

Second, the athletes learn at warp speed.  The funny thing is you never know what or how much their learning because there are so many things going on!

Watch this video and you'll see what I mean!