Last Sunday night was the end of an era as the Coquitlam Jr Adanacs were bounced from the Minto Cup with a loss to the Victoria Shamrocks and my son Colin played his last Jr A game for one of the great organizations in the history of box lacrosse.  Becoming the first US player ever to win a Minto in 2016 and following it up with another national championship last year against the Brampton Excelsiors highlights a five year run in Coquitlam that has been so special.  The friends and families,, the teammates, "Wings and Rings" at the "B", the Shack, the Rookie Parties, the shoot arounds, hanging out at outdoor boxes on summer evenings, and living in a true box lacrosse culture has been so special to our son.  For my wife and me, we are just so thankful that Colin was able to follow his passion and be a part of such a special community.  Thank you to the coaches, the executive team, the player, families and all the billet families over the years for taking care of our boy.  Go Adanacs! 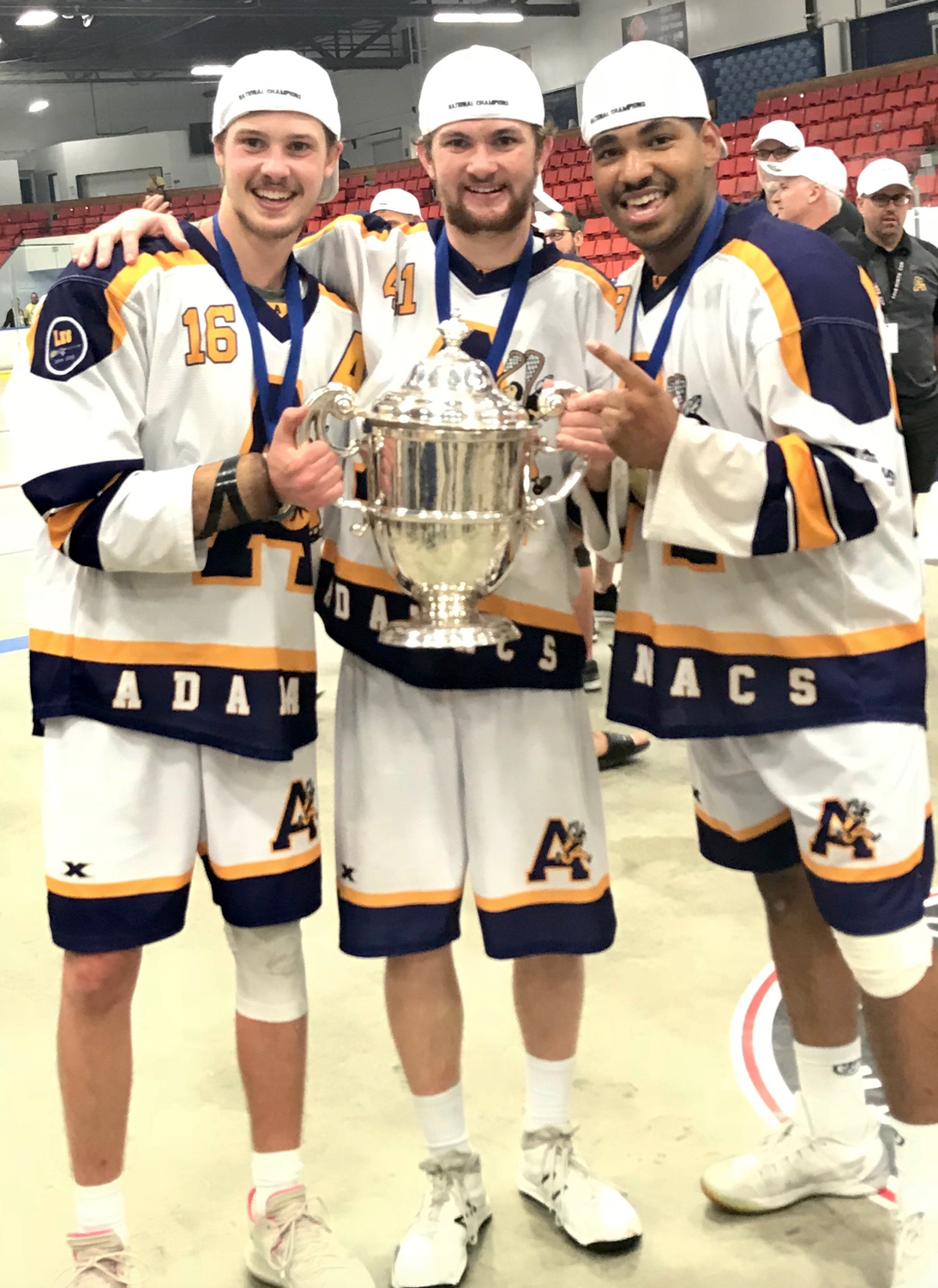 The Anthony Gilardi Podcast is awesome!  I remember Anthony as a super slick attack recruit in the summer of 2000 at the top 50 game tryouts for the Empire State Games Team Long Island.  With coaching stints at Denison, Ohio State, Navy and Towson, Anthony has logged 15 years as an assistant coach and has been preparing for this opportunity his whole professional life!  Anthony's positivity is infectious, his lacrosse expertise and acumen is world class, and I believe Stony Brook is in for an incredible future!  You will Love this podcast! 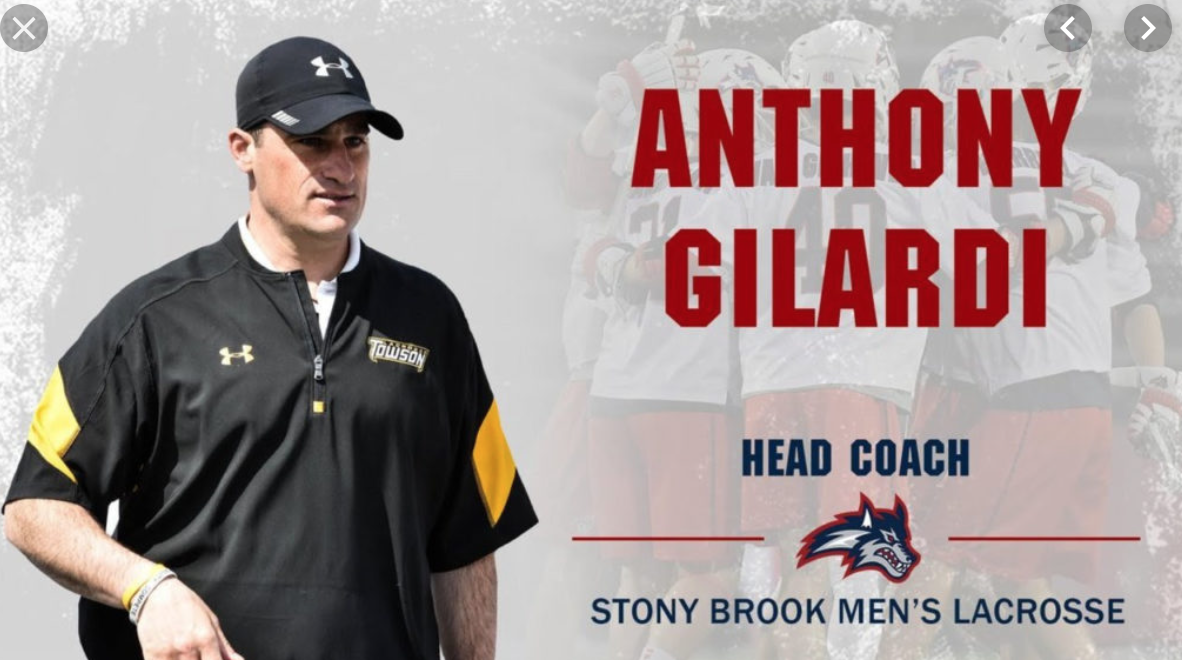 I did a podcast with Brian McCormick, a basketball coach, author, and deep thinker who I've been following for 10 years.  On twitter, his handle is @BrianMccormick and regularly posts incredibly interesting content.  Deep conversations about Fake Fundamentals, Practice Design, Hip Turns vs Drop Steps, and two man game I basketball are directly transferrable over to lacrosse!  Click here to check out the Brian McCormick Podcast.

The feedback I've gotten from this podcast has been fantastic!  Check out some tweets about it!

One of the most under taught elements of 2man game is the use of the seal pick.  If you watch virtually any game, you will see dozens of opportunities where if the clear through man or the picker sealed their own man, the dodger would have direct path to the goal of what becomes a double pick.

If you find this article interesting, you will LOVE the JM3 Coaches Training Program.  There is so much info that breaks down the game just like this!  The Coaches Training Program is a combination of cutting edge and practical.  If you want to do more homework before you buy it, do it!  Read through blogs and you will see what I mean.  There is so much to learn and I'm sharing it all in what has become the best content treasure chest on the internet!

In box lacrosse, the seal pick is used constantly with the intent of trying to free up a dodger for an outside shot.  Watch Peterborough Lakers player Johnny Powless from last year's MSL Final use a Seal Pick to free his hands as his own man drops off thinking there will be a switch.  Powless doesn't give a way that he is going to shoot until the last possible second, which buys him more time!  The switch is sealed and Powless scores a beauty!

Here's an example of how a Seal Pick can be used in girl's lacrosse in a pass down pick down situation.  If the defender guarding the picker doesn't recognize she's being sealed, the dodger will be able to use the double pick (picker and her man) to attack the top side.

Goal line picks tight to the crease in men's lacrosse are very difficult for the defense because if the man guarding the picker doesn't step out to aggressively switch or double, the dodger will get a great shot off.  In college lacrosse offensive coordinators will throw goal line picks in their mix regularly and defensive coordinators drill the communication practice this scenario just as regularly.

Check out the video below and voice over detailing the Goal Line Seal Pick!  It's pretty awesome because you can do it versus two close defensemen right out of your throwback motions on attack.

In women's lacrosse goal line seals happen at the higher levels of play when the defense more regularly plays the ball behind.  Watch the video below of an awesome Seal and Bump technique executed by Loyola Assistant Dana Dobbie.  Dobbie had her man sealed out of position to jump switch or double the ball carrier and meanwhile, when Dobbie noticed the dodger, Marie McCool was going to miss the Seal Pick, she stepped off and executed the Seal and Bump technique.

In box lacrosse in a very sneaky way, players execute what I have named The  Reverse Seal Pick where the picker holds the defender's stick just long enough that they can't switch, allowing the dodger to get to the middle.

Below are a few examples of the Reverse Seal Pick:

Below is an excerpt from a podcast I did with Harvard Head Coach Devon Wills.  You can get into the mind of Coach Wills and what she values, what she's looking for in the form of skill, IQ, and intangibles.  It's a fascinating video!

The Sickest 2man Game Match up Ever!

The Gait brothers vs. Petro and Voelks in the 1989 National Championship is arguably the best match up of two lefties vs two lefty poles int he history of the game!  All First Team All-Americans, the defense (Dave Pietramala and Brian Voelker) got the better of the offense in this clip although the Orange came away with the win in what many say was the best title game in history.  Pretty funny how skinny we all were back then haha!

This past weekend me and the same three buddys who I went to the Rolling Stones in London, met in San Francisco for an unbelievable guys trip, The OG Wolfpack Round II.  The OG Wolfpack consists of Seanny Allen, my son's box lacrosse coach for five years in St Catharines, ON who now works with the NLL Wings and is arguably the funniest human on the planet.  Mark Blake, one of the best dudes ever, and used to be part owner in the MLL SF Dragons has a son headed to Harvard today and is one of the best attack recruits in the nation.  Brad Bowman and I met after a DU Lacrosse game in around 2008 when I was still head coach.  Brad and I became fast friends and he has been a steady and supportive force in my life ever since.  Brad's four kids all play or played lacrosse and have all played with my kids over the years.  The common denominator with the three of us is the sport of lacrosse.  It's pretty awesome that the creator's game continues to bring us together for great times! 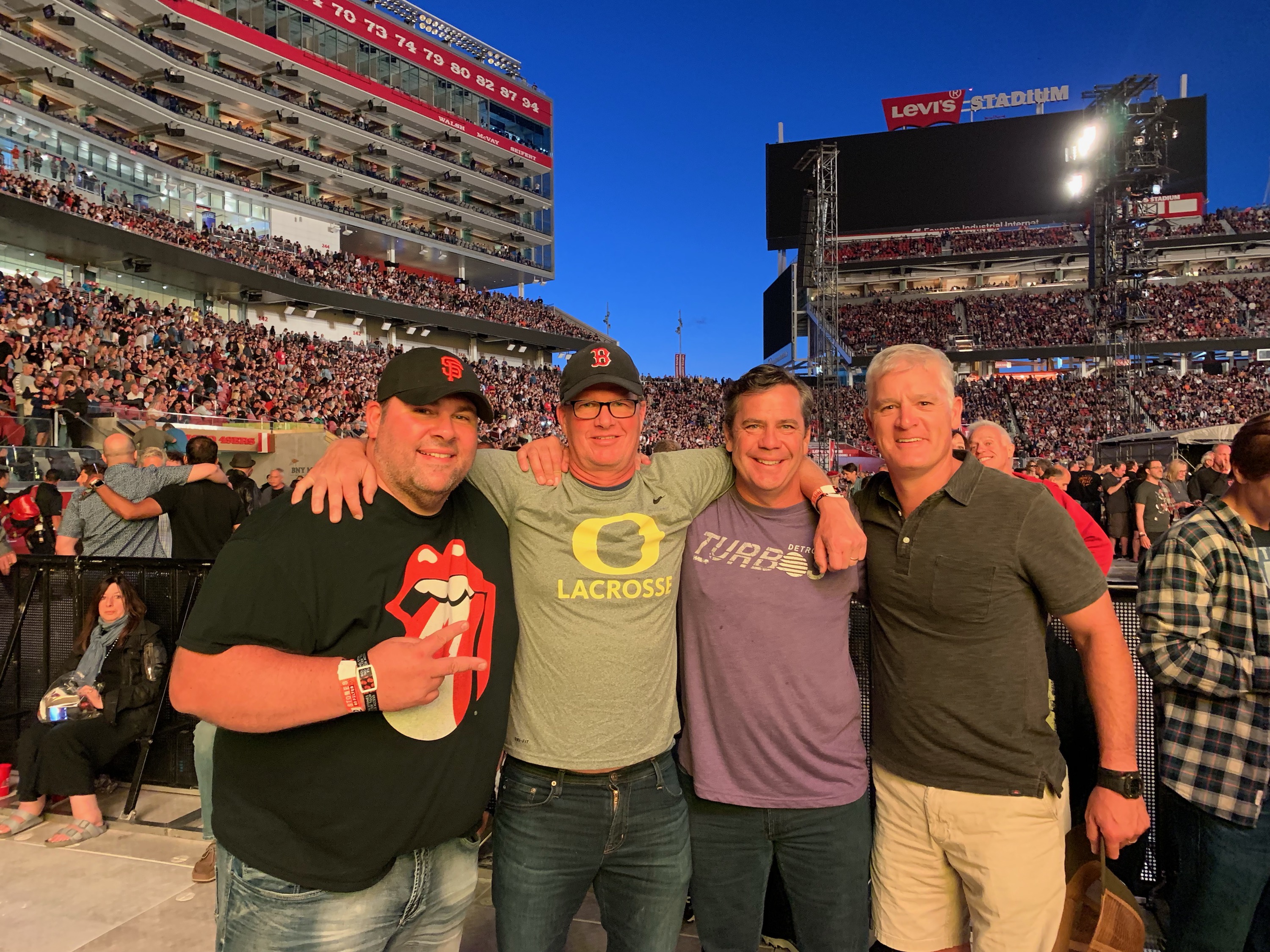 Below is a 12 minute version of my favorite song, Midnight Rambler from the show.  I hope you enjoy it!