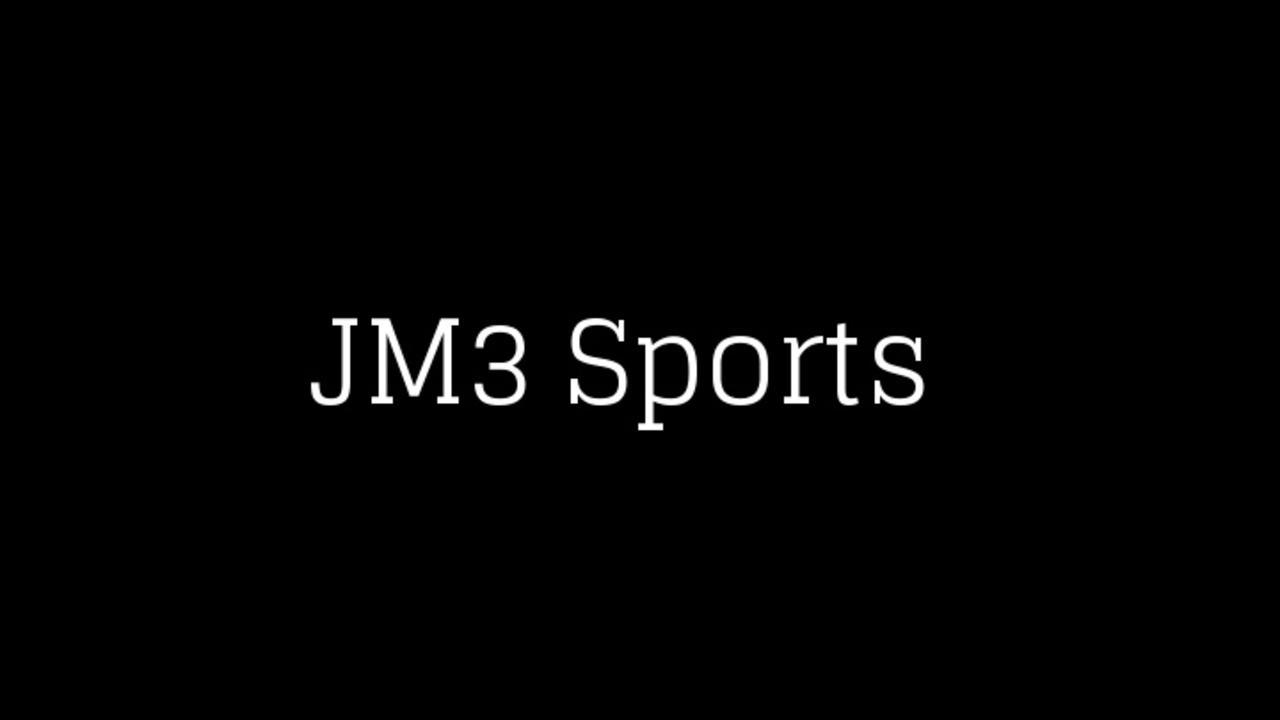 Welcome to "A Lacrosse Weekend" my weekly compilation of thoughts, ideas, stories, myths, truths about the great game of lacrosse. I hope you find it enjoyable!

I'm excited for another great weekend of lacrosse practices, games, activities, coaches meetings aka having beers and talking about lacrosse! It's a chilly day in Denver, but it looks like the snow is going to hold off just long enough for us to get a practice in today with the ThunderRidge HS girls team I'm coaching. We are installing the Joe Spallina Stony Brook Zone Defense today. Fired up!

I remember in the spring of 1989, my senior year at Brown, there was this freshman named Chris Sciani, who was the sickest guitar player. His band played at our fraternity every weekend and he could jam like the Allman Brothers and Guns & Roses! One time I was hanging out with Chris and he had a little cassette tape he carried around in his shirt pocket.  He pulled it out and said, "You wanna hear the ultimate electric guitar sound?" He inserted the cassette into my tape deck and proceeded to play "The Wind Cries Mary" by Jimi Hedrix. I share this with you because

It makes me think of the ultimate lacrosse player.

On this topic, Mark Millon one of the greatest attachment everrecently tweeted: 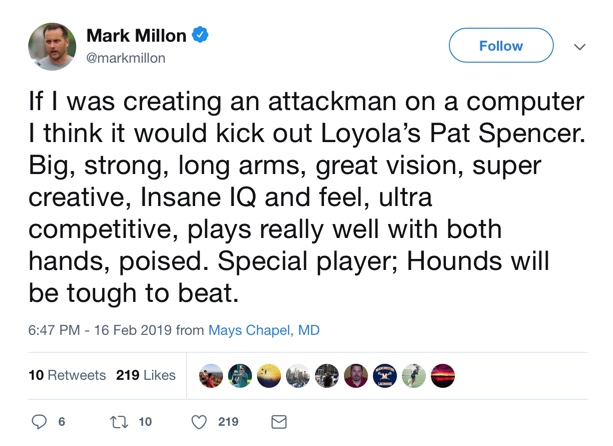 If I were creating the ultimate computer generated player, it would be the combination of Jeff Teat and Pat Spencer! Imagine A 6'3'' 215 pound player with absurd box skills,  pin point accuracy and uncanny shooting deception who can dodge equally with both hands, out quick you with hesitations and changes of direction, out physical you with post up moves, and play "Yo yo" games with sliders all day.

This is a Jeff Teat Analysis I did last spring.  There are so many Nuances and subtleties to his game.  Check it out1

Here's a Pat Spencer Analysis I did last spring breaking down his moves, his deception, and his feeding.  I think you'll find it interesting!

Now imagine melding these two players together!  They could take over the universe!

Two podcasts dropped last week.  ESPNU's Paul Carcaterra came on and was a great interview!  He talked about the Yorktown Lacrosse days and Mr. Murph's farm, the Syracuse days and his love and respect for Coach Simmons, and how he got into broadcasting.  We finish the conversation talking about the "Golden Age" of lacrosse that we are living in right now.  You will love it!

Another great episode of "In Season" with PLL Andy Towers sponsored by Axia Time.  Towers provides great analysis and even better humor and stories.  Beginning Monday, we will have the "In Season" podcast ready by 5pm ET.

It is SO great to be back in the "Lab" of coaching a team every day at practice.  I'm the assistant coach at ThunderRidge HS girls.  Here was our practice plan:

We are going to have some great film of these practices coming soon!  Stay Tuned!