Welcome to "A Lacrosse Weekend" my weekly compilation of thoughts, ideas, stories, myths, truths, about the great game of lacrosse. I hope you find it enjoyable.

This week I had the pleasure of interviewing Danielle Spencer, Head Coach Dartmouth Women's Lacrosse.  Danielle played and coached at Northwestern, won three National Championships as a player, was an All-American as well as US Team member.  We talk about her playing and coaching journey, her mentors like Northwestern Head Coach Kelly Amonte-Hiller, USC Head Coach Lindsey Munday and Colorado Head Coach Ann Elliott, her philosophy on player development, building the culture at Dartmouth and what it's like to be a first year head coach. 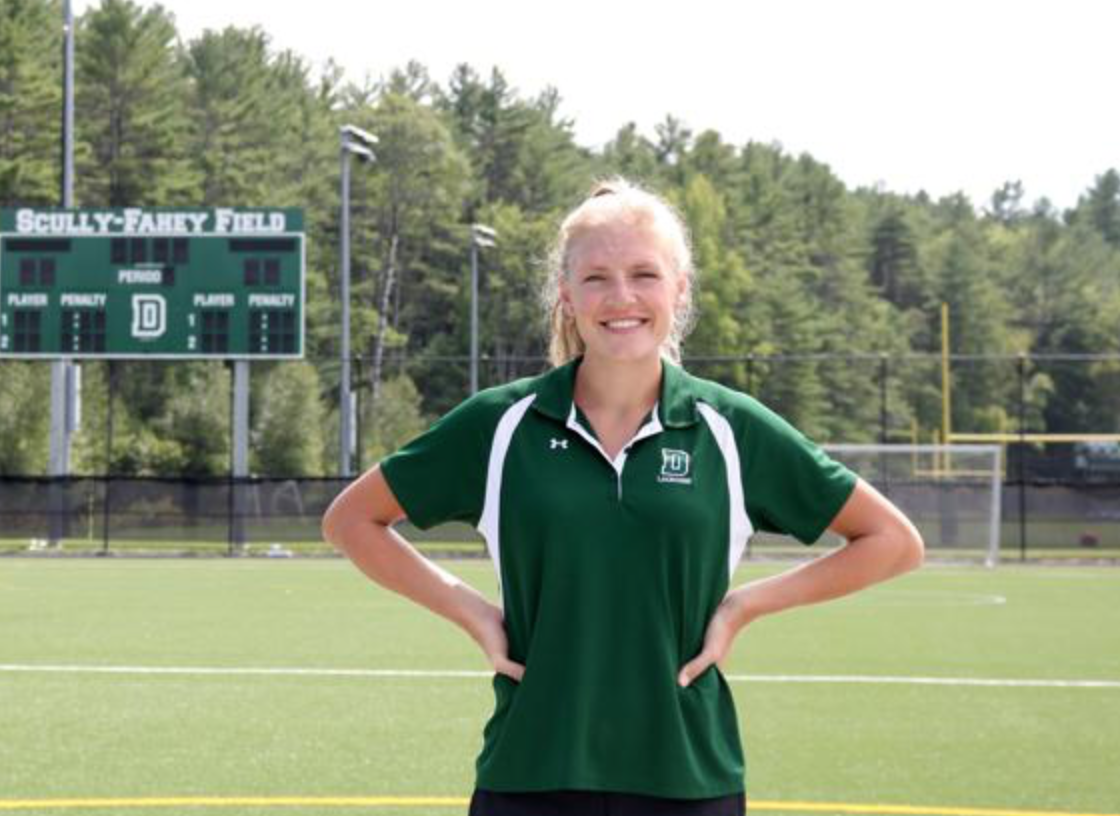 One of the topics Danielle Spencer and I covered was recruiting.  She has gotten away from only looking for the biggest, fastest athletes and is looking to fill specific needs for her team.  Of course she wants great athletes, but she needs great skill, IQ, as well as  players who are great off ball.  She goes on to explain that there are positions within position for example on attack:  X Attacker, lefty, shooter, feeder, wing type dodger and off ball player.  Further, In order to play the types of schemes Dartmouth plays on offense and defense, Coach Spencer needs to recruit players who fit her systems.  It is important for her to know if a player has been well coached and she even wants to know what her high school and/or club team ran on offense and defense.

I shared something Lars Tiffany, Head Coach Virginia Men's Lacrosse and my former Co-Captain of the '89 Brown Bruins, does with his recruits: he has them stand in front of the white board while he asks them questions about team defense such as: "Draw for me a Big/Little situation behind the net out of a 2-2-2 set, and show me how you would slide and recover.  Danielle loved this idea for not only IQ and understanding, but having the passion and courage to get up there in front of a coach and do some X's and O's!  If you want to learn how I teach JM3 Athletes to "Speak The Language" email me!

IQ can be difficult to evaluate, especially in a showcase format.  At the Dartmouth Camp, Danielle's model creates drills and games with parameters such as - 3 seconds with the ball and a give and go - that help weed out the players who cannot adapt to coaching and new environments.

This past week I did a webinar for my Coaches Training Program titled "Keep Away: The Great Skill & IQ Accelerator."  I continue to be blown away with the power of keep away in this regard.  Why is it such an accelerator?  It maximizes skill reps of dodging, passing, feeding, finishing (yes finishing!), stick protection; it also maximizes off ball reps of getting open, spacing, picks and cuts, and may most importantly, it maximizes decision making reps; finally, it maximizes defensive reps of approaches, off ball posture, communication, rotation and more!

Here's Navy Lacrosse working on skills in a 3v2 Keep Away.

There are a lot of great stick work drills out there where you can maximize reps.  Quesiotn: Is it fair to say passing, catching, and dodging reps against defenders is much more valuable than those same reps without defenders?  I shout yes!

I grew up playing more soccer than lacrosse and keep away was always a huge part of the game.  In the 90's when I was a young coach I used keep away games regularly to develop players, but then I discovered box lacrosse and watched just how much box players shoot on goalies and it changed my development model to almost always include shooting on goalies.

My propensity to develop finishing skills led me away from keep away since there is no goalie in a net and but it taught me what became one of all-time my favorite coaching models: "Play your Un-evens like they'e All Even."  The Canadians worked on Pass down, Pick down in 3v2's. 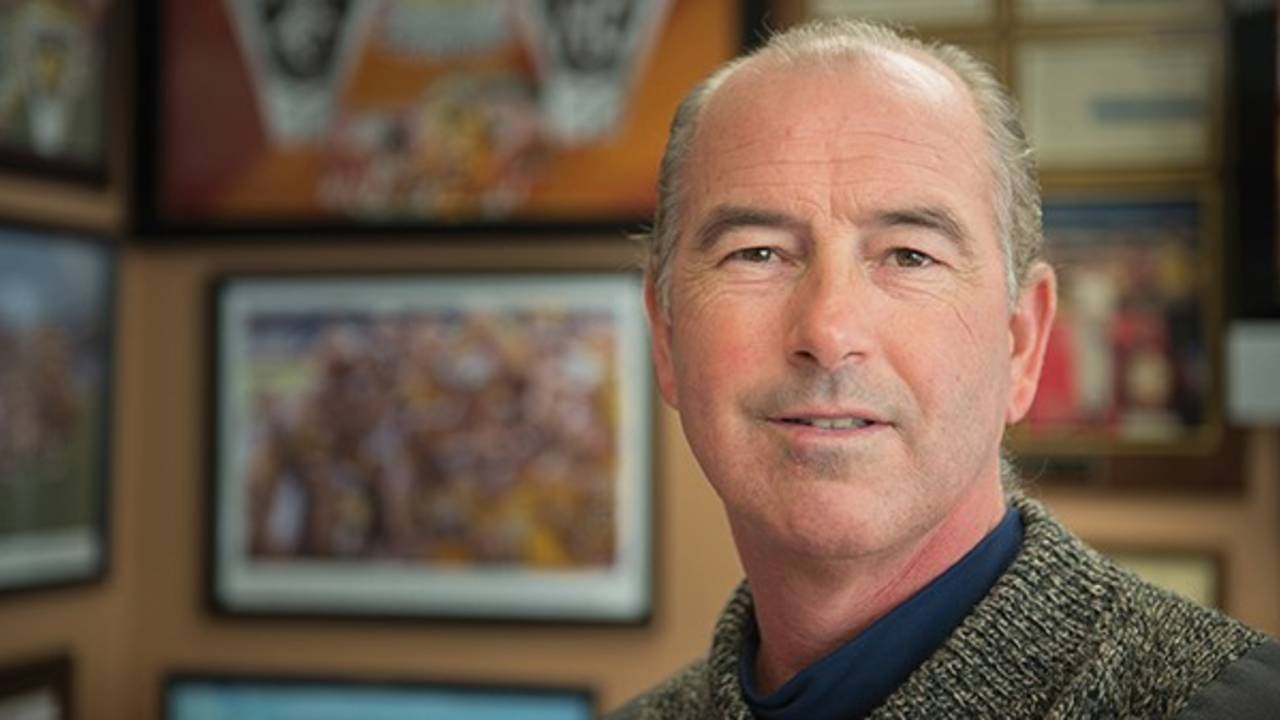 In a Podcast with Salisbury Head Coach Jim Berkman at the 32:00 minute mark, Coach Berkman goes in to detail his version of the "Coach your Un-evens like All-even" coaching model he calls "1v1 to a 3v2."  This podcast, by the way, is by far the most listened to Phi-Lacrosse-ophy podcasts to date.  It's packed with awesome ideas, quotes, and advice!

Here's what a 1v1 into a 3v2 looks like as we were working on the midfield motion I call "Regular"  which involves a dodge, follow across the top, and float out of the crease.

This past fall I was coaching my girls high school team with limited time: 90 minutes per week, yet we had A LOT to accomplish!.  In the spirit of maximizing reps and decision making we did a ton of keep away.  And guess what I realized?  Keep away actually DOES simulate finishing!

In a 3v2 keep away game when a player has to pass around the stick of the defender guarding her, she was getting a legit finishing rep!  The players were learning how to fake their defender's stick up and throw it around her the same way you have to throw it around a goalie!

Now let's think about efficiency: if you run a 3v2 to a goal, five players are in action while 15 players are in lines.  After 2 or 3 passes in an average rep, a shot is taken and the rep is over.  In a 3v2 keep away, not only are all 20 players in action simultaneously, but the play goes on and on for as many passes in a row as the group can execute.

You can literally utilize Keep Away to work on off ball movements and motions!  Here, check out Navy Lacrosse working "Nations" Looks in a 3v2 Keep Away:

Defense in Keep Away

There are endless defensive skill and concept applications that can be applied to keep away games: Approaches, off ball posture, communication, rotating, double teams, etc.   I have been quoted as saying, "If I was stuck on a desert island and could only have one drill, it would be 4v4 Double Team."  I still LOVE this drill, but now I love it even more in a keep away setting, because we can get the same amount done in 1/4 the time.  No one is waiting in line!

While I still utilize the "Play your Un-evens like All-even" model regularly, I tend use it more in larger numbers situations like 5v4 situations where we can really work on team defense with ball pressure and rotations.  We also work on team offense to hammer home "Dodge , pass, pass dodge" usually by executing a carry with an adjacent shallow cut.

Check out a drill called  "Buckeye Build up" where we create carries, off ball movment and ball pressure.

If you liked the content from this blog on coaching and drills, you have watch my FREE Webinar, "4 Coaching Secrets To Jump Start Your 2019 Season" it is awesome and will open your eyes to some awesome skills, drills and concepts.  Click here for more info on the Coaches Training Program.

Here are the topics:

Check out this video on last year's Tewaaraton Award winner Ben Reeves from Yale University.  I learn from watching players, especially on video.  There are so many nuances to Reeve's game!

If your kids are serious player, I highly recommend you consider having an analysis done for them. The  JM3 Video Assessment is a game changer.  The result: players for the first time totally understand THEIR GAME and THE GAME!  At the Division I level, this is the kind of coaching players get every day.  Leveraging film is a no brainer!

Have A Great Weekend!