Check out my latest podcast with University of Virginia Offensive Coordinator Sean Kirwan.  Sean is one of the brightest young coaching minds in our sport, he is a tireless worker, endlessly curious, and an all around good guy!  Sean shares his coaching journey, discusses his mentors and what he took from them, and his transition and evolution from coaching at Tufts, to Brown, to UVA.  Sean not only discusses his offensive philosophy and what they did to win this year's championship, but also what he likes about the offenses of Penn State, Yale, and Maryland.  Sean discusses recruiting and his use of analytics wherever possible.  Click here to enjoy the Season Kirwan Podcast! 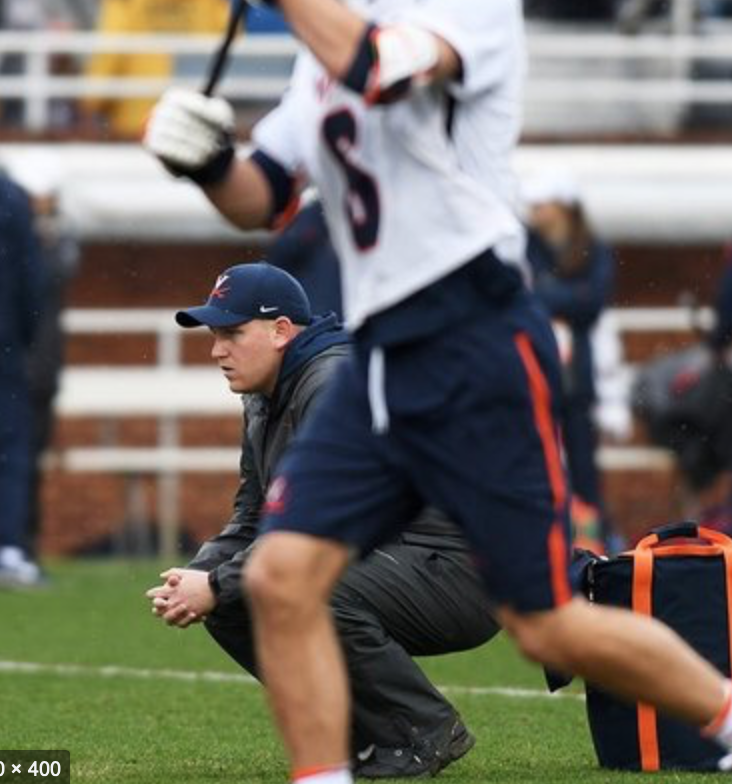 I'm so happy that tonight I get to attend my first Premeir Lacrosse League game at Dick's Sporting Goods Park!  8pm MT the PLL Chaos play the Whipsnakes and of course, I'm cheering hard for the Chaos.  I'm attending tonight's game with my great friend Bernie Buonanno.  Bernie and I were attack line mates in both high school at Moses Brown school and in college at Brown.  The head coach of the PLL Chaos is fellow Brown Alum Andy Towers!  We have field access and I can't wait to see the action up close!

My favorite player on the Chaos is Connor Fields.  His array of skills, his IQ, his decision making is all beautiful to watch.  Fields has an amazing ability to use shot and pass fakes to make dodging look easy.  One of my favorite fakes he uses is what I call the "Underhand Hitch."  He often times uses this shot fake when he's turning the corner and forcing his defender to respond.  Forcing a defender to respond to your fakes opens a window of time to shoot or advance.  Think about it: a defender will respond to your shot the same way they will respond to your fake.  Players that don't fake allow the defender to time up a last ditch check that will disrupt a shot or a feed.  Players that fake cause defenders to time up their last ditch check on a fake, like Fields does below!

This weekend marks the conclusion of the 2019 Summer Recruiting Season.  For those athletes in the class of 2021, you are part of the first pristine, pure, and unadulterated recruiting class since the eradication of early recruiting.  The the new NCAA Recruiting legislation which eliminated all contact between college coaches and prospects and limited conversations between college coaches and club/HS coaches was enacted in April 2017.  While the class of 2020 were 9th graders at the time and saw 50-100 committed kids at that time, the class of 2021 were 8th graders and were saved by the rules.

Here are some take aways.

If you are struggling to navigate the world of college lacrosse recruiting, you are not alone!  Almost everyone is the same boat.  Watch this video:

I believe one of the most important and under taught skills in the game is post ups.  Almost everyone works on their split dodge and their change of direction, which are all great!  But if you watch the best players in the world, they have an ability to get to "The Island" where they can get shots off and feed while putting great pressure on the defense.  Further, if you are going 1v1 against great athletes, you're just not going to beat them clean very often.  The ability to post up is a vital skill for guards in basketball for the same reason.

I often hear coaches say things like, "make one move" in the spirit of ball movement.  I get this concept and of course you don't want every dodger to roll back 5 times, but one move won't usually beat a great defender. Not a pole, not a short, and not in women's lacrosse.

Posting up a short stick at around 12-15 yards above the GLE is an unbelievably good opportunity to see the defense so they can't slide, and be able to maintain nice gap space between you and an adjacent player, as well as great chance to get by your man to generate a GREAT shot or pop a feed to a cutter while his man ball watches.

The opportunity to exploit post ups in women's lacrosse is huge!  There are no poles.  The defenders can't beat the crap out of you and honestly can't really check you.  And with the 3 second rule, they can't slough to you.  Watch this clip and you will see what I mean!

There are a ton of post up moves and techniques.  I study them all: The squared up post up, the "Back in" post up and the "Shuffle and Pivot (Rocker)" post up are all great in their own way.

I have literally watched this video of John Grant Junior 100 plus times!  I have a pretty good idea of the subtle one foot hesitation / rocker move that Junior does initially, but after that it gets pretty subtle!  If anyone can describe just how Junior creates so much separation on his step back I'd like to hear your theory!

If you want to learn more about how to teach Post up moves and their applications in men's and women's lacrosse, you should check out the Coaches Training Program, it is the deepest treasure chest of lacrosse coaching content anywhere on the internet!

One of the most gratifying parts of my world is working with my JM3 Athletes.  The results we have attained for boys and girls have been nothing short of spectacular!  It is a totally new model of player development, life coaching, and recruiting consulting combining my expertise in teaching the game with video and technology.  I have an enrollment window open through August 15th.  If you are interested, email me!  Spots are limited.